Nigerian schoolgirl Leah Sharibu was kidnapped in 2018. A released captive has confirmed that she's alive and well.

Praise God, Leah Sharibu is still alive. News about the Nigerian teenage girl kidnapped by Boko Haram in February 2018 was passed on by Jennifer Ukambong Samuel, an aid worker who had been kidnapped in December 2019.

Samuel was kidnapped by the ISWAP faction of Boko Haram while working with Action for International Medical Alliance (ALIMA). Four other people were abducted alongside her, and all five have now been released following negotiations. The other four were aid workers and security guards. 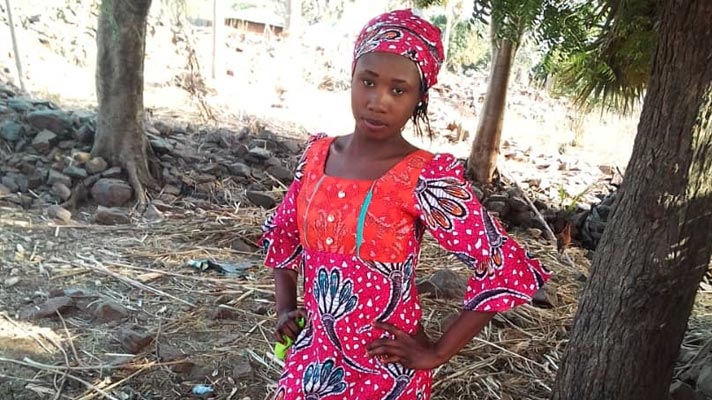 A photo of Leah, taken by her family before her abduction

While Jennifer Ukambong Samuel didn’t see Leah during her captivity, she did speak with Alice Ngaddah – a medical worker for the United Nations Children’s Fund who was abducted in March 2018. She was able to confirm that Leah was still alive and doing well.

In 2018, Leah was taken with over 100 girls from her school in north east Nigeria. Tragically, one girl died in captivity. All the others were released within a month, but Leah was kept because she refused to deny her faith in Jesus. Like millions of Christian women and girl around the world, Leah is vulnerable for both her gender and her faith.

"We thank the Lord for Jennifer and her colleagues' release and for the ray of hope about the other female captives, including Leah, that would no doubt be very welcome to their loved ones,” says a spokesperson representing a local Open Doors partner, “However, they all need more.

“Open Doors strongly urges the Nigerian President to continue his efforts to liberate the hostages held by Boko Haram. Further to that we continue to ask for the creation of a position within the government for the sole purpose of maintaining an active family liaison and an open and accessible channel of communication with the traumatized parents of the hostages."

Please keep praying for the safe release of Leah and all those held captive by Boko Haram and other Islamic extremists in Nigeria.

Lord, please protect our Nigerian brothers and sisters as they face extreme persecution. Grant dignity and peace to Christian women who have been mistreated, that they will be seen, valued and empowered to reach their God-given potential. Please convict Islamic extremists of their sin and turn them to You.

Nigeria | September 11, 2020
Your generosity helps lift Abigail’s burden – “I am really happy!”
Nigeria | August 05, 2020
Rose lost her husband. Then she lost her livelihood. But she hasn’t lost her faith in God.
View Nigeria country page