Chinese pastors told to ‘behave’ and ‘be quiet’ during national celebration

Today is National Day in China (1 October). The annual event typically leads to tighter control of churches and Christians. But this year – with China celebrating 100 years of the China Communist Party, and recent years bringing about an intensification of persecution – the crackdown is even harder. This Q&A seeks to answer some of the key questions around the day, including how pastors have been warned to ‘behave’ and ‘be quiet’ before and during the celebration. 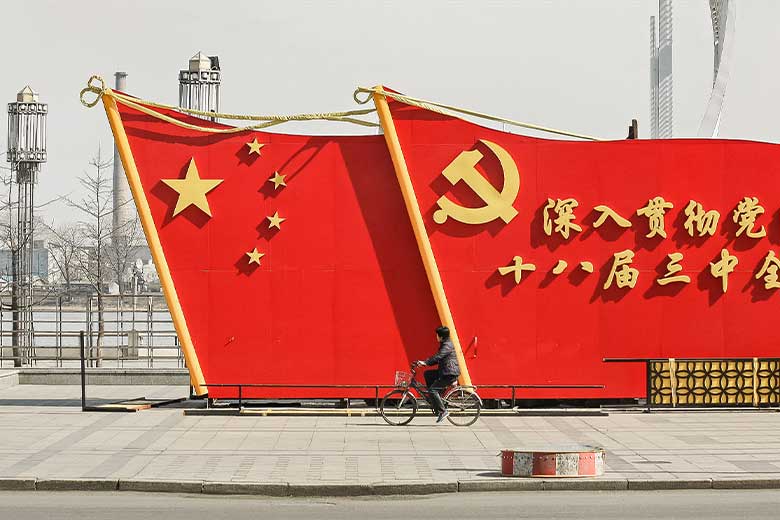 National Day in China brings tighter control of Christians, as the government seeks to parade its power and advancement to the world

Why is National Day such a hard time for Christians in China?

National Day seeks to celebrate the formation of People’s Republic of China. For the government, it’s an opportunity for China to show to the world its great power and advancement.

To avoid losing face in the event of a terror attack, riots, protests or any high-profile activities deemed against the government, security before and during National Day is very tight.

Since the government considers Christianity as originating from the West – which, to them, brings the threat of foreign infiltration – the authorities warn churches to minimise its activities, or at least not organise high-profile events.

In recent years, the enforcement of restrictions was heavily dependent on the attitude of local government officials. But under the intensifying persecution of Christians since the implementation of new religious regulations in February 2018, officials will not be so lenient in enforcing restrictions, to avoid being rebuked by their seniors.

Lord Jesus, soften the attitudes of local and national authorities towards Christians. Open their eyes to see the peaceable intentions of believers and the value they bring to society. Amen.

How are pastors warned to ‘behave’ and ‘be more quiet’?

Since this year commemorates the centenary of the China Communist Party, restrictions are even tighter.

Starting from July this year, more and more pastors have been warned by the Chinese authorities to ‘behave’ and ‘be quiet’. Those who are suspected of conducting church activities other than low-profile regular Sunday services have been forced to have ‘tea meetings’ with the officials.

The high-profile activities warned against include large gatherings of people, or events that bring together church leaders from different regions. If churches do not ‘behave’, they run the risk of having their meetings stopped.

Leaders who don’t adhere to the authorities’ demands could face interrogation, detention or a fine. For those who aren’t leaders, the consequences could be a warning, or in rare cases, interrogation by the police.

Heavenly Father, grant wisdom, courage and perseverance to pastors in China, as they seek to lead churches under government restrictions and surveillance. Encourage them today. Amen.

Why is the situation worse for believers from Muslim backgrounds?

Christians from Muslim backgrounds who live in the politically sensitive north western region of China are under tight monitoring and face more severe persecution.

Islamic extremism from neighbouring countries – alongside terror attacks amongst Muslim people groups in north west China in the 2000s – has resulted in the Chinese government pursuing initiatives that seek to dilute the practice of Islamic faith and other religions among Muslim people groups in the region. In these efforts to maintain sovereignty and national security throughout the country, the government’s approach ends up punishing those who want to peaceably express their faith.

Consequently, believers from Muslim backgrounds have been particularly monitored since July. Some have been interrogated and even detained for a couple of days. Because government officials have told them to share details of other believers they know or meet with from other places, many Christians have stopped meeting secretly. Some in remote areas still maintain fellowship once or twice a month.

Dear God, provide opportunities for believers from Muslim backgrounds to safely fellowship with each other. Bring peace to all those currently fearful. Amen.

How do Christians respond?

Chinese Christians have typically adhered to instructions to ‘be quiet’ and ‘behave’ before and during National Day celebrations, because they don’t want to jeopardise their relationships with local authorities.

However, due to the increasing persecution facing Christians, restrictions are unlikely to loosen considerably after National Day. Some Chinese Christians are understandably afraid of the authorities and some even dare not attend church meetings. But others still find ways to keep gathering to worship Jesus.

“By applying the already familiar tools of intimidation, Chinese authorities are trying to make Christians invisible,” says Dr David Landrum, Director of Advocacy at Open Doors UK and Ireland. “Despite their efforts, the church is not going to stop growing anytime soon.”

Heavenly Father, the growth of Chinese church – despite prolonged persecution over many years – has been astonishing. Thank You! Continue to build Your church in China. Amen.

How is Open Doors helping Christians in China?

Open Doors supports believers in China with persecution survival training, and by providing contextualised Christian literature to believers from Muslim and Buddhist backgrounds.

Frederick* is an Open Doors local partner. He recently visited a church which has had to adapt to the pandemic and intensifying persecution by splitting into different groups. The church has no experience leading small groups and insufficient people to lead them. During his visit (pictured), Frederick conducted persecution survival training for over 20 believers, and shared a video of how other Christians across the world are standing strong despite persecution.

The session had a huge effect on the church. “They were all wailing and repented for not being hot or cold in the faith, but becoming weak after being warned by the authorities,” Frederick shares.

Such was the impact that, following the training, the church decided to arrange a 40-day period of prayer and fasting (skipping one meal per day) for the 50 countries of the World Watch List – which includes China, at number 17. “Although we have only limited strength, we can at least pray with other persecuted believers,” shared one of the believers. “I trust the power of prayer. It can help us appreciate the heart of God and then fulfil His will.”

At another church Frederick visited, one of the attendees shared, “I commit to pray for these persecuted brothers and sisters. I may have given up my Christian faith, if I faced such hardship and persecution. I am grateful that we are still able to worship God in this way here and now.”

These stories are an encouraging reminder of how your support and prayers are playing a crucial role in equipping many believers in China to navigate and persevere through the challenges they’re facing. Thank you! Please keep your Chinese family in your prayers.

Dear Jesus, thank You for the amazing work of Open Doors local partners, like Frederick. Continue to strengthen, protect and encourage local partners in their crucial ministries. Amen.

Would you like follow our Chinese family in praying through the top 50 countries of the World Watch List? Our Top 50 booklet provides a snapshot of life as a Christian in each country, along with suggested prayer points. The resource also features articles about key trends and testimonies from our persecuted family.

You're invited to Standing Strong 2022