“I had someone’s life in my hands”: the choice every North Korean believer faces

When Kyung-So first heard about God from a fellow North Korean, he knew that he had a dangerous decision to make.

Whenever a North Korean is ever told about Jesus, they have a stark choice. Should they report the person telling them to the authorities? Or should they find out more? 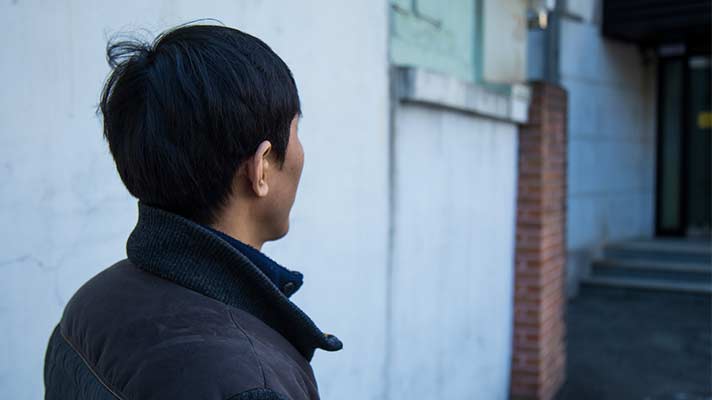 “I had someone’s life in my hands,” says Kyung-So*, a North Korean Christian, remembering the first time he heard about God from an older friend. At the time, he didn’t even know what the word ‘God’ – ‘Hananim’ – meant. ‘Hananim’ was used to refer to the heavens or the sky; a sort of superstitious term you’d use only half-seriously.

“Whenever we met up to talk, he kept bringing up ‘Hananim’,” says Kyung-So. “At first, I did not know what he was talking about. When it rained, he would say, ‘Hananim is giving us rain.’ I would say, ‘Of course, rain falls from the sky.’”

“He replied, ‘No, Hananim provides the rain.’ And so I asked him what ‘Hananim’ meant.”

And that’s when Kyung-So first heard about who God was. His friend was one of North Korea’s secret believers and courageously shared the truth of the gospel and the character of God. They continued to talk about God every time they met together. In North Korea, these conversations are extremely dangerous. They had to be very discreet.

“He had handed his life to me”

Kyung-So knew there would be severe consequences if they were caught. With just a few words, he could have sent the man and his family to a labour camp for life, and absolved himself of blame.

“He had a big family that I knew very well would all be dragged off to political prison. I had someone’s life in my hands. If I had believed in the North Korean government, a quick solution would have been to report him, risk-free, in exchange for a reward.”

Two things stopped Kyung-So from informing on his friend. One was his distrust of the North Korean authorities – Kyung-So had lived through the terrible famine of the 1990s and seen many of his friends and neighbours starve to death. He knew the reality didn’t tally with government propaganda.

The other thing that stopped him was being deeply moved by the risk his friend was taking in telling him about Jesus. “He had handed his life to me, and I was touched. I took it as a precious thing.”

Eventually, after many discussions with his friend, Kyung-so decided to follow Jesus too. He knew this was dangerous. “I personally know of three people who were executed by the State Security Department for spreading the gospel. My belief in Jesus could have meant my end.”

But he decided that following Jesus was worth the risk. He shared his faith with his wife and son, who also made the courageous decision to follow Christ.

Kyung-so says, “I found myself living as part of the underground church, spreading the Word. I constantly met up with other Christians and spent time with them.”

Eventually, though, Kyung-So’s faith was discovered by the authorities. They arrested him and questioned him relentlessly, trying to get him to inform on the other Christians he knew.

“My fellow Christians and I had already put our lives in each other’s hands. They had given me their lives and I had given mine to them. I did not reveal any evidence about Christians in prison.”

Kyung-So believes it was only the high status of his family that prevented him and his wife from being killed. Even so, there are many examples of high-status North Koreans being killed by the authorities, including Kim Jong-un’s close family. Praise God that Kyung-So and his family were spared.

Though they weren’t executed, they were banished to the mountains – not a light punishment. “When I lost my home, I thought that God did not mean for me to live in North Korea, but wanted to use me to spread the message of persecuted Christians to the world. Accepting God’s answer to my prayer, I decided to escape North Korea.”

Miraculously, he and his family did eventually manage to escape. They live in South Korea now. And Kyung-So firmly believes that is the church in North Korea that will bring change to the nation – which has been number one on the World Watch List since 2002, as the place where Christians face the most extreme persecution.

Through its Chinese networks, Open Doors is helping North Korean Christian families like Kyung-So’s, helping them survive with food, medicine and clothes, and giving spiritual encouragement and support.

Lord, we lift up our brothers and sisters in Bangladesh as they face increasing levels of persecution. Please give them comfort and encouragement to stand strong in their faith, and give wisdom and insight to those distributing emergency aid and implementing long-term projects.

Children in Christian families often face discrimination, exclusion and even violence. Children who attend church might be ostracised by their Hindu family. Receiving messages from the worldwide church can make a huge difference – can you and your family send them encouragement?