How many terrible things can happen to one person?

And how many miracles?

Hearing Eun Hye’s* story is a bit dizzying – because half the time, you’re wondering how a person can sustain so many appalling incidents and still keep going. And the other half of the time, you are marvelling at God’s interventions and His plan for Eun Hye. 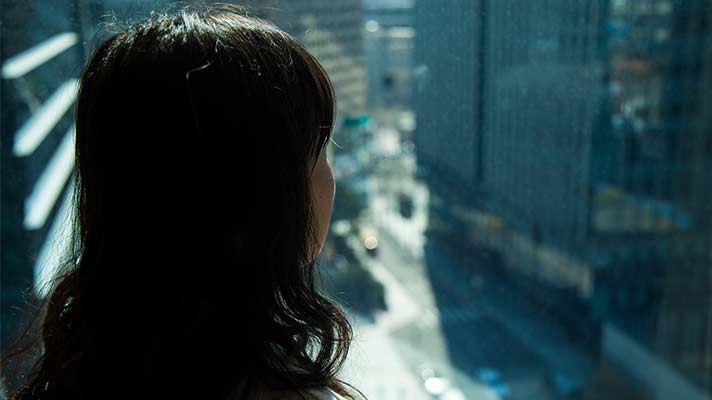 Eun Hye’s grandmother had told her a little bit about ‘Hananim’, God – an invisible Father who would protect her. She didn’t know the full truth of the gospel, but knew enough to whisper a prayer to Him when she was alone at the kotjebi camp. That only happened in the disgusting toilet.

A kotjebi camp is for North Korean street children – Eun Hye had ended up there when her parents went to China to find her older sisters, who had gone missing, and her uncle couldn’t afford to feed her. The authorities didn’t know anything about her secret faith; the horrendous conditions she was living in as a 16-year-old were simply the fate of many children who didn’t have any resources or people to support them.

There were over 2,000 children in the crowded camp, without even room to sit. Eun Hye had to stand all day and night, making her legs swell. The food rations were so meagre that she quickly learned how to catch and eat a rat. There was no shortage of rats.

The first time Eun Hye heard God directly telling her to do something was two months after she arrived at the camp. The guards asked for volunteers to collect chestnuts by climbing up trees in the mountains. It meant a long, difficult journey. Eun Hye was so weak she didn’t know if she’d survive it. But she heard a voice in her head that she didn’t recognise.

So she did. They were divided into groups and sent into the mountains, accompanied by guards. When she and an older girl were left at the bottom of a tree, to collect chestnuts thrown to them, Eun Hye gambled.

“Do you want to escape?” she said.

They ran away from the tree and followed the trail down the mountain. They discovered the house of an old woman and with the little money the two had, they bought a rope. When they arrived at the reservoir, the girls tied the ropes around their waists. The girl would try to float, while Eun Hye used all the strength she had to swim to the other side, dragging her friend through the water.

They reached the shore safely and walked all the way to a big city. Afraid to be caught again, they decided to illegally board a train. Because they didn’t have train tickets or travel permits, they dug a hole under the wall with their bare hands – which became dirty and bloody – and got to the railway track that way. There, they decided to go to their separate ways.

Reunited with her family

After a long journey, Eun Hye reached her hometown. For three months she survived on the kindness of a series of old acquaintances and strangers. She kept praying to the God who had spoken to her – both for survival and that she would find her family again. She didn’t have much faith it would happen – but God brought it about. A family who knew about Eun Hye’s whereabouts contacted her: “Your father is with us – and your brother too.” Without delay, she went to her father. He’d come back to North Korea to take Eun Hye and her brother to China with him, where her older sisters had been found and were married and living well.

Her father hadn’t been a believer for long, but he was able to explain to her who ‘Hananim’ was – how God had answered her prayers, and was the One who could save them. He told her about Jesus. “The only way to live from now on is to pray to God,” he said. “Ask Him to help us return to China safely.”

God answered that prayer. Eun Hye, her father and her brother swam across the river separating North Korea from China. The living standards were so much higher. Everyone had food, and the streets weren’t filled with desperate, hungry children, as she’d been used to. She started going to church with her family and a translator explained more fully about Jesus, and how His death and resurrection had made her salvation possible.

All North Korean refugees are at risk of being caught and taken back to North Korea. And that’s exactly what happened to Eun Hye and her family. Somebody reported them to the authorities, and she, her parents and brother were arrested, shackled and ‘repatriated’.

In North Korea, they were transported to a detention centre near her hometown. The temperature was -30 degrees Celsius and Eun Hye got frostbite. But that wasn’t as bad as the interrogations – each member of the family was interrogated separately, as the guards demanded to know where Eun Hye’s sisters were.

Her parents didn’t betray her sisters either – but her father did confess that he was a Christian. In the eyes of the North Korean authorities, this makes you an enemy of the state. Believing in any higher power than the Kim family gets you sent to a horrendous political labour camp.

The tortures her parents went through are too horrible to describe. Eun Hye was threatened with the same. But they kept praying. And God hadn’t abandoned them.

The miracle happened. They were released. Nobody knew how or why, and no explanation was offered. It had to be God’s intervention.

Eun Hye and her brother brought their badly injured parents to their uncle’s house. After a few months, her mother had somewhat recovered and Eun Hye’s frostbite had healed. Her father told Eun Hye to take her mother to China: “Your uncle cannot take care of so many people. We only eat grass here. You have to go first with your mother. I’ll come with your brother as soon as I’m able.”

Again, they tried to swim to safety. Halfway across the river, the guards noticed them and started firing bullets into the river – but, miraculously, they survived. They reached China again.

Years passed. Sadly, Eun Hye’s father died because of the injuries he’d sustained in prison. Her brother is still in North Korea. But she is safe at the moment and married to a Chinese man. She managed to evade being taken back to North Korea after still more miracles – the truck sent to repatriate her broke down. She was released when she told the officers that she was pregnant.

God keeps protecting Eun Hye. He protected her and her husband when they fled again, this time to South Korea. They live there now, and Eun Hye’s prayers are for the safety of her brother back in North Korea – and that more people would come to know Jesus in that dangerous country.

“There is a great need to inform North Koreans about going to church and believing in God, and the impact that faith can have on their lives. They also need material and spiritual resources. I hope that more and more North Koreans are able to receive the Bible and other Christian literature and find salvation through Him.”

She is deeply touched by the prayers of Open Doors supporters and other Christians around the world: “I had no idea so many people were praying for us. Those prayers are really important. They will lead more people to Jesus Christ in North Korea.”

Eun Hye has experienced more than most of us can conceive. She has seen the worst of humanity – and the great wonder of God’s grace.

Your prayers and gifts can help other North Korean believers like Eun Hye. With your support, Open Doors can continue to use its Chinese networks to keep over 60,000 North Korean Christians with food, clothes and medicine. Open Doors partners also run safe houses in China for believers who have fled. God keeps answering the desperate prayers of His children. And He can use you to do that.

Discover what it's like to be part of the secret church with Open Doors' free resource. With versions for children and adults, Secret Church is an interactive, activity-filled, downloadable pack to find out more about life for the underground church across the world.

Invite Your MP to the World Watch List launch

Comfort and joy for Daniela