Propaganda, fear and faith: how God saved this North Korean

Timothy from North Korea grew up scared of Christians. When he escaped the country, he ended up at a safe house which had a Bible and a cross. It terrified him – but it proved to be the start of his journey towards knowing Jesus. This is his story, and why safe houses – which Open Doors helps fund – are so vital in helping sustain the North Korean church. Please note that Timothy’s name has been changed for security reasons. 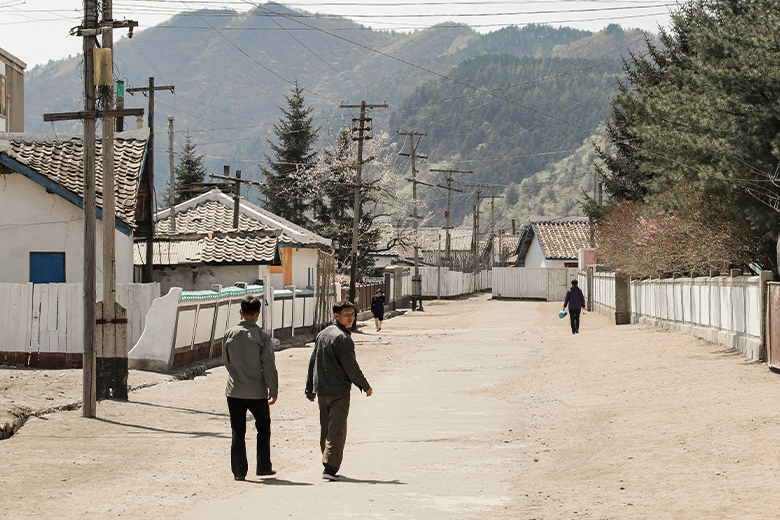 North Korea is number one on the World Watch List, making it the most dangerous place to be a Christian; your support helps sustain the life and witness of the North Korean church

“The day I escaped North Korea, it was night. I crossed the border with other people, and the water was not deep enough that I needed to swim; we just walked.”

Timothy first experienced life outside of North Korea when he was in his late teens. He made his way across the Tumen River, which separates North Korea and China, walked through the mountainous terrain, and found himself in a Chinese city. “As I walked through the city, life looked completely different than I ever imagined or I had ever seen,” Timothy says. “And it was spectacular: different colours of lights, people wearing different styles.”

Timothy was amazed. Brought up on a steady diet of propaganda, he believed North Korea was the best country in the world, but suddenly it seemed so drab and dated.

Timothy had come to China for one primary reason: to survive. He’d grown up a street child during the brutal famine of the 1990s, and he wasn’t allowed to get a job or join the army because of his status in North Korea. He had no hope for the future, and the only path forward he saw was to leave North Korea and try to see if he could find a life elsewhere.

What he didn’t expect was that decision would lead him to Jesus.

A place of comfort… and terror?

When Timothy arrived in China, he wasn’t sure where he would stay or what he would do. But soon he met someone who offered to let him stay at an apartment. Later, he found out this was a Christian safe house run by a missionary.

"In North Korea, Christianity itself is from the enemy" Timothy

The apartment had two rooms, and Timothy shared the space with seven or eight children, all North Korean orphans. But the first thing he saw when he entered the home was a Bible and a cross. And that terrified him. “It scared me because, in my understanding from a brainwashed education in North Korea, the cross means a curse,” he remembers. “In North Korea, Christianity itself is from the enemy, who uses Christianity as a kind of tool. Christianity is mainly a spy group. That's what I was taught in North Korea – and that when missionaries and pastors used to come to Korea, they kidnapped and sold kids into trafficking.”

He was so scared he didn’t stay at the home for long. “It was meant to be a safe house, but I didn't have a safe feeling there because of what I was taught in North Korea,” he says. “But it was actually the best place. If I had stayed there, I wouldn’t have had to go through all the difficulties I faced later. It was God's opportunity, but I ran away from the house because I didn't feel safe.”

One thing the missionary told him stuck with him – even after he was captured and sent back to North Korea. “If you are in difficult, dangerous situations, you can call God,” the missionary said to Timothy. “When I was arrested later, I screamed, ‘God help me, and rescue us.’ But no one was there.”

Timothy was convinced the missionary had lied – that there was no God. When he escaped North Korea a further time, and again was arrested, he was placed in a Chinese prison where he met a Christian. The man showed Timothy how to read the Bible and encouraged him to try praying again. Since he was in prison and in a desperate situation – he felt sure he would be killed if he was sent back to North Korea again – Timothy decided to give it another try. “I prayed many times a day because I was, in fact, desperate,” he says. “And I told Him, if He gave me freedom, I promised Him I would follow Him with the entirety of my life.”

And eventually, God answered Timothy’s prayers. “China finally (and rarely) agreed to deport our group to the Philippines, from where I could go to a democratic country,” he says. “I believe it was the answer to my prayers.” Timothy was able to make his way to the United Kingdom, where he now lives. Open Doors has supported him and he’s become an advocate for the secret church in North Korea.

“There are still safe houses in China, and they have to be there for our persecuted brothers and sisters. They are stepping stones for a free worshipping North Korea one day,” Timothy says.

Find out more about North Korea and the other countries in the top 50 of the World Watch List in our Top 50 booklet. The resource also features articles on key trends and testimonies from our persecuted family.

Support Christians in the Middle East

Iraqi Christians receive Bibles thanks to you