Two ways you can pray for persecuted Christians in Ramadan

Will you support your persecuted church family in prayer during Ramadan?

Throughout the world, Muslims will soon be celebrating Ramadan. In countries where Christians are persecuted, this time of fasting and religious observance is very dangerous and they have to be even more careful in how they carry out their faith. Especially for secret Christians, the sense of isolation becomes oppressive.

But we can hold them up in prayer.

Here are two ways in which you and your church can pray for Christians during this time.

Hold A Silence for the Silenced 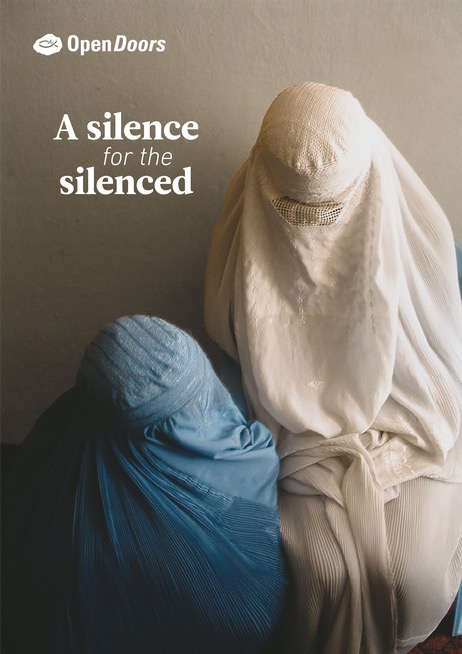 A Silence for the Silenced is a new Open Doors prayer resource for Christians in Afghanistan.

Throughout 2022, Open Doors is asking churches and individuals to make Afghanistan a special focus of their prayers. A Silence for the Silenced uses stories, videos and a time of silent prayer around eight prayer stations to reflect the way in which Christians in Afghanistan – and in so many places around the world – have had their voices taken away from them.

A Silence for the Silenced is a great way for you, your churches, and your prayer groups and others to lift to God all those who have to live out their faith in silence.

Join in with 30 Days of Prayer

"I sang Afghan songs for a living. My career is considered sinful by the Taliban." Afghan refugee

30 Days of Prayer for the Muslim World is a resource to help individuals pray during Ramadan. Join millions of Christians around the world, and churches and ministries from many denominations, in this prayer focus on the Muslim world.

Please lift up all those for whom Ramadan is a time of heightened tension and anxiety. And especially remember the small number of Christians still living in Afghanistan.

Join us in praying for Afghanistan throughout this year. Find a range of resources to help churches and individuals to pray.