Reborn in the womb of God: Eddie Lyle on self-isolation

In this excerpt from a new book, Eddie Lyle, President of Open Doors UK and Ireland, shares how a Syrian prayer and a Syrian monk have helped him in coronavirus self-isolation.

In this excerpt from Healthy Faith and the Corona Crisis, Eddie Lyle, President of Open Doors UK and Ireland, shares how a Syrian prayer and a Syrian monk have helped him in coronavirus self-isolation. 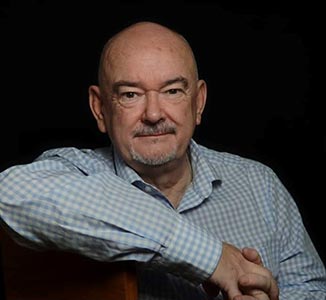 Father Abdullah is a Monk in the Syrian Orthodox Church. For several years, he has been a wise counsellor to me in my struggle to understand the Syrian conflict, and to also appreciate the riches of the Syrian Orthodox faith. I had only spent a few weeks with him in Lebanon and, already, I’d learned so much.

One evening we took a walk over the beautiful Mediterranean beach. For a while, we walked in silence. Suddenly, he said, "I now know a great deal about you Eddie, but, in fact, you don’t know very much about me. I’d like to share some things with you because of our friendship."

"In August of last year, I was asked by the Patriarch of the Orthodox Church to take a team of archaeologists to some of our holy places, in the north of Syria, before ISIS fighters came and desecrated them, destroying the treasures forever."

The team’s mission was to remove as many of the most precious relics and papers as they could carry and return them to the mother church for safe keeping. Their mission was interrupted.

"Just over the border, our convoy was stopped by a group of hooded men. They pulled us out of our vehicles at gun point. We were blindfolded with a hood and taken to a hideout.

"There, they imprisoned us underground, and they interrogated us ruthlessly. The hoods were never removed. We spent every day and night in complete darkness. The only way that we knew who was still alive was when we prayed together and recognised each other’s voices. We were told to renounce our Christian faith and pray to Allah or face death. Each day, there were summary executions — another member of the group was killed in order to intimidate those who were still alive."

We walked on in silence. I did not think it right to ask questions or to intrude on such a profound moment in our friendship.

"The killings continued until there was only four of us left."

Then, he told me, a miracle happened. A rescue plan was initiated by the Syrian Special Forces upon the direct orders of President Assad. Their ordeal was brought to a sudden end. Obviously, some high-level diplomacy had taken place.

I heard myself asking him a question like no other I have ever asked, "How did you pray under the hood?"

He paused and looked at me. "Do you know the Jesus Prayer?" he asked. "It is one of the oldest prayers in Christendom. Let me teach you."

First, he prayed in Aramaic, Jesus’ own earth language. It is more melodic than Arabic. Then he prayed in English, for my benefit. "Lord Jesus Christ, Son of God. Have mercy upon me."

"This prayer saved me," he told me, "and it has a special place in the Eastern Orthodox Church. Now you pray it."

And so, I did. "Lord Jesus Christ, Son of God. Have mercy upon me."

In Aramaic and Arabic, however, there is, a deeper layer of meaning than the one we hear in English. "Have mercy upon me" can be translated as Ya Reb erhan. And it means more than simply ‘have mercy’. It can loosely be translated as, ‘womb me’. In other words, surround me; hold me; protect me; feed me; be my identity. The term ‘womb me’ reflects the idea of God as a mother. We see this in the Bible: "As a mother comforts her child, so will I comfort you; and you will be comforted over Jerusalem." (Isaiah 66:13)

As the soldiers beat him under his hood with the butt of their rifles, Father Abdullah prayed the Jesus Prayer again and again as they taunted him. Now, as I pray into my own imposed self-isolation, Father Abdullah's story comes back to me. This ‘strengthening prayer’ has become a vital part of my new rhythm for life.  As I feel the hood plunge over me, and complete darkness overwhelm me, I pray this prayer again and again: "Lord, womb me." 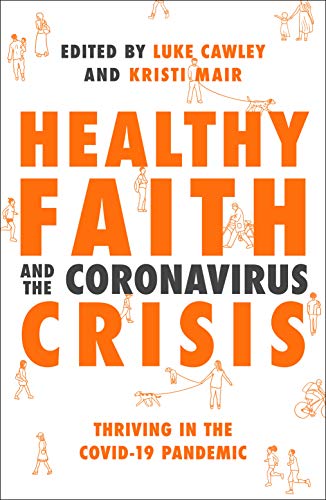 Outside of the darkness, we can seek to nourish ourselves in so many different ways; with fellowship, with our constant activity and with our struggles. When the hood of darkness is pulled over us, we don’t have that luxury — we need God to ‘womb us’. We have to cry out repeatedly that he alone will be our daily bread and our breath.

"He answered, ‘My grace is always more than enough for you, and my power finds its full expression through your weakness.’ So I will celebrate my weaknesses, for when I’m weak I sense more deeply the mighty power of Christ living in me. So I’m not defeated by my weakness, but delighted! For when I feel my weakness and endure mistreatment—when I’m surrounded with troubles on every side and face persecution because of my love for Christ—I am made yet stronger. For my weakness becomes a portal to God’s power." (2 Corinthians 12:9-10, TPT)

Yes, God calls me to acts of submission and service. But more than anything else, he longs for a relationship so intimate that only the language of womb and baby can do it justice. So, if you feel the darkness descend, cry out: "Lord Jesus Christ, Son of God, have mercy on me… womb me."

Eddie Lyle is the President of Open Doors UK and Ireland. This article forms part of his chapter for the new book Healthy Faith and the Corona Crisis (IVP)