As India marks the 74th anniversary of independence this Sunday (15 August), Christians and other religious minorities across the country report a growing climate of intolerance and intrusion – whipped up by Hindu extremist groups, utilising social media like Facebook and WhatsApp. Please note – you might find the footage shared in this article distressing. 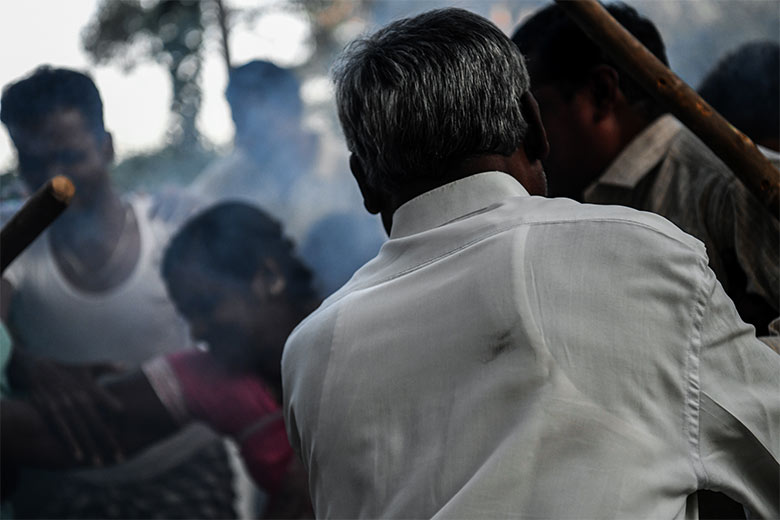 Social media is increasingly being used by Hindu extremists in India to stir up hatred of Christians; the country is number 10 on the World Watch List

Videos go viral for different reasons. Often it’s because of something funny, profound, or unusual.

The first features a 300-strong group of Hindu extremists storming a Christian community. During the incident, the group shouted hateful abuse, beat believers and threatened to put them in jail for forcibly converting people to Christianity. Part of the attack was filmed, shared online and went viral.

In the second video, a fearful Christian woman – under pressure from Hindu extremists, who had already burnt Bibles – says she is a Hindu. This comes after the group said she had been paid to convert to Christianity, which she denied. The woman is then given a lit piece of paper to burn Christian literature. A recording of this was shared online and circulated widely.

These incidents reinforce the shocking role social media is increasingly playing in stirring up hatred against Christians in India – as highlighted in Destructive Lies, a report delivered to Parliament last month that reveals the extreme persecution facing Christians, Muslims and other religious minorities in India.

The report explains that when an extremist Hindu mob attacks Christians in India, one of the first things they’ll do is snatch the victims’ phones. This is to stop them from documenting the incident as evidence against their attackers. However, the mob will take out their own phones and record the violence, before adding it to various social media platforms.

The driving force behind this is Hindutva, an ideology that disregards Indian Christians and Muslims (and other religious minorities) as true Indians because they have allegiances that lie outside India, and asserts the country should be purified of their presence.

According to the report, the reasons why Hindu extremists are using social media in their persecution of religious minorities are multifaceted.

First, it parades the perpetrators to other Hindutva groups and politicians, showcasing them as bold Hindu nationalists who are protecting Hinduism. Second, it lets the police know that they do not consider their actions unlawful. And third, it serves as a warning to other people affiliated with the victims.

“When you go to this social media, for example WhatsApp, there's so many videos,” says an Open Doors local partner in India. “Very influential leaders talk about how Christianity is degrading the society.”

These videos are having a detrimental effect on the way people view believers. “Previously people were very supportive of Christians,” she adds. “Now, if I introduce myself as a Christian, the first reaction would be, 'Oh, you are a Christian? How much money did you get to convert?'"

The report adds that posts act as ‘social evidence’ because of the compelling way they are presented. Victims are unable to provide their side of the story, whilst the perpetrators embellish the posts with text or commentary to reinforce the disinformation. A routine Christian private prayer meeting, for example, is labelled as a ‘secret meeting to convert Hindus to Christianity’.

WALK WITH THEM
You can raise money for believers like Preetha with a sponsored walk - we're calling it Walk With Them India.
FIND OUT MORE

It’s here that social media platforms have failed in their responsibilities. By and large they have failed to address the spread of such disinformation at a local or national level (e.g. through the removal of posts or suspension of accounts). The posts therefore go unchecked, which perpetuates the false narrative that religious minorities, including Christians, are guilty whilst the attackers are innocent.

Sadly, the mainstream media in India cannot be relied upon to shed light on the truth. Outlets will systematically exclude victims’ accounts from reports. Even if a local reporter captures the real story, the final edit will be dictated by ‘an institutional hierarchy which is either risk averse or loyal to powerful Hindutva organizations and parties’. If a story cannot be spun against religious minorities, it won’t be covered at all.

Ultimately, the mainstream media reinforces the lies spread on social media. These articles are then in turn shared on individual accounts, groups, pages and closed messaging apps such as WhatsApp, creating a cycle of disinformation that further buries the truth.

“What is really shocking is how un-seriously this is being taken by [social media] platforms and companies who … support human rights,” said one of the authors of the report. “They should deal with it as seriously as if Christians were being persecuted like this in the U.S. or in the UK. I think they would have a different reaction to it then.”

In response to the findings, the report lists eight recommendations for social and mainstream media outlets. This includes more moderators, the implementation of specialised training in international human rights and the complex and diverse use of different languages and dialects, and a more rigorous approach to removing hateful content.

“As India celebrates its independence it is a tragedy that the original unifying vision is being lost to a divisive culture of Hindutva extremism,” shares Dr David Landrum, Director of Advocacy at Open Doors UK & Ireland. “With the use of new technologies to incite and direct violence, the situation is deteriorating fast for India’s religious minorities. I hope that the report recommendations for greater online accountability will be acted upon.”

Please pray
Will you #StandForTruthIndia?

In the world’s largest democracy, India’s religious minorities face an existential threat. Can you believe it?

Answer the call of the Indian church by joining the global Open Doors family on Sunday 15 August, India’s Independence Day, and uploading an image of yourself with #StandForTruthIndia.