Serving Persecuted Christians Worldwide - What impact is the crisis in Sri Lanka having on its Christians? - Open Doors UK & Ireland
News
18 July 2022

What impact is the crisis in Sri Lanka having on its Christians?

Sri Lanka is in political and economic turmoil. It's having a huge impact on Christians and local partners who are looking to support believers. Please pray for them amid the country's ongoing crisis.

Sri Lanka is engulfed in a political and economic crisis, which is posing further challenges to many of our brothers and sisters in the country, including local partners who are seeking to reach people with practical and spiritual support. Here we have the latest…

Recent months have seen mass protests against the government because of soaring prices and a lack of food and fuel. This came to a head on Saturday 9 July, when peaceful protests in the capital, Colombo, drew crowds from across the island who wanted to oust President Gotabaya Rajapaksa.

These later turned violent as protestors and police clashed with each other. The presidential palace was stormed and the Prime Minister’s home was set alight. Later that evening, the president announced that he would resign.

However, tensions further escalated on 13 July, when President Gotabaya Rajapaksa failed to officially announce his resignation. One person died in further protests and some 80 people were injured. Rajapaksa has since resigned as President and been replaced by Ranil Wickremesinghe. A state of emergency has been declared in the country.

How is the crisis affecting Christians?

Many believers and pastors in rural areas are struggling to provide for their families. Some families have had to cut down to one meal per day. In extreme cases this only consists of a cup of tea.

While Open Doors local partners have been able to provide emergency relief to many families who have reached out to them for help, issues such as fuel shortages, road closures and transport strikes are posing severe challenges as they seek to reach those in need.

Furthermore, although local partners have been able to lead discipleship programmes amid the crisis, some have had to be cancelled to ensure the safety of those involved. In many of the cases where programmes have been held, believers have overcome transport problems to attend, such is their determination to gather with others.

"It is hard to come to church in the midst of this crisis, but I sense that the Lord is doing a new thing among us" Pastor Hasika

Pastor Hasika – who each week meets with 20 other Christians to disciple them – shared that her husband has been so exhausted from just queuing up for petrol. “Sometimes he goes to the petrol queue at 6am and returns late in the evening with an empty can because they ran out of fuel," she said. "There were instances where my husband would stay in the petrol queue on Saturday so that we could attend church on Sunday."

“It has become extremely difficult for me to visit the homes of new believers,” she continues. “With the ongoing fuel crisis and shortage of public transport, travelling has become a major issue. There were instances where I had to walk nearly ten kilometers to visit certain families.”

To what extent are Christians in Sri Lanka persecuted?

Sri Lanka lies just outside the top 50 of the World Watch List, at number 51. Although many Christians can express their faith with some freedom, certainly relative to other countries, believers can still experience pressure and persecution.

The 2019 Easter Sunday bombings is the sharpest reminder of how risky it can be to follow Jesus in the country.

Pastor Charles* can also attest to the challenges that can be faced as a Christian. He was hosting a wedding ceremony as his home in Sri Lanka’s Northern Province when an uninvited villager shouted, “Stop playing these hymns! I want you to play secular Tamil songs instead of these Christian hymns.”

When the pastor refused the request, the man became aggressive, ripping away decorations, damaging furniture and even attacking the pastor.

Attempts to involve the police proved futile, and later that night Pastor Charles and his brother were brutally assaulted by some 15 people with wooden and metal poles. The two of them were rushed to hospital, only to find there was a shortage of medicine due to the economic crisis.

They were transferred to another hospital, where Pastor Charles was given seven stitches on his head and his brother underwent a four-hour surgery to have screws and plates fitted to his legs and arms after sustaining severe fractures to them.

Pastor Charles has been left deeply traumatised by the ordeal, even struggling to leave the house. Open Doors local partners have met with him to provide pastoral and prayer support.

What good news is there to report?

Despite the challenges posed by the present crisis, churches in Sri Lanka have been reaching out to others with vital aid.

Several local churches in the suburbs of Colombo provided dry rations and other essential groceries to community workers and policemen. The local police department were moved by this generosity and expressed their gratitude toward the local churches. 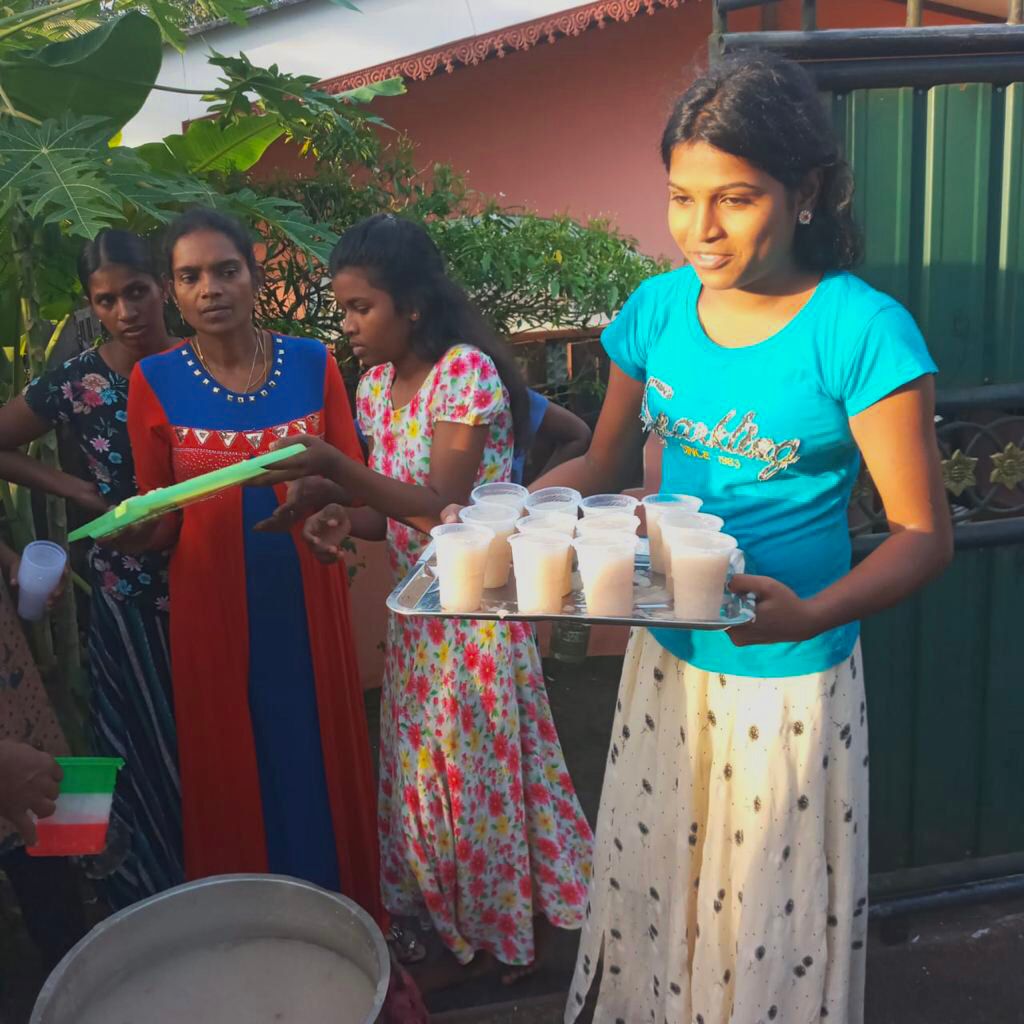 Elsewhere, a local church in Kegalle, which is northeast of Colombo, offered much-needed refreshments to local residents, most of whom are not Christians.

In one suburb of Colombo, Nugegoda, a local church distributed cooked meals to more than 50 non-Christians. The majority of recipients are low-income earners and Buddhists. Some were so touched by the gesture that they've now connected with the local church.

Despite the challenges, Pastor Hasika is adamant about doing God's work. “It is hard to come to church in the midst of this crisis, but I sense that the Lord is doing a new thing among us. There is a sacrifice to make, and I am willing to pay the price.”

“It is a really tough time for all of the people. It’s one thing to watch it on the news but the true weight of the crisis sinks in only when start to stand in those lines for hours. It is a tough time, but I will continue this ministry."

You can hear more updates from the persecuted church, including how you can pray alongside our vulnerable brothers and sisters, by signing up to regular emails. As well as recent stories, you’ll have the opportunity to pray for every country on the Open Doors World Watch List throughout the year.