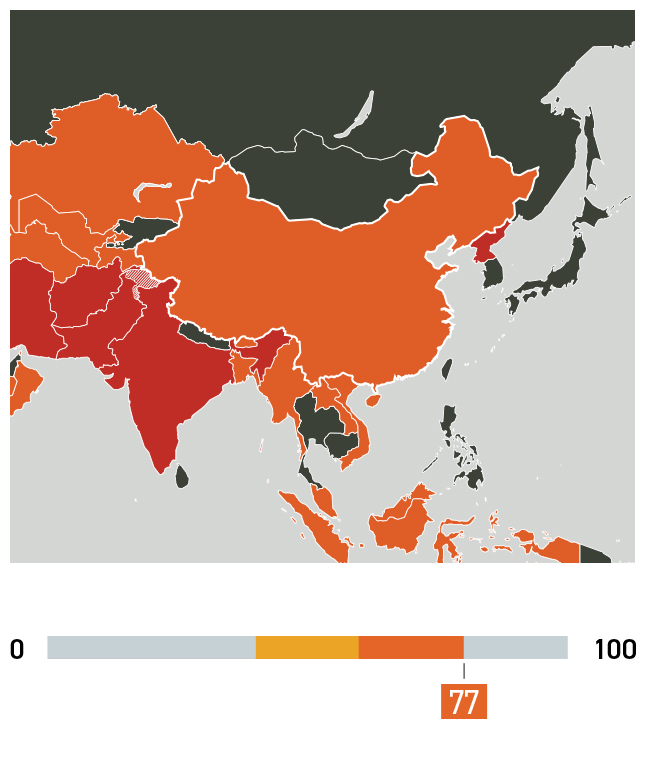 How many Christians are there in China?

There are around 96.7 million Christians in China – a huge number, but only seven per cent of China’s total population of more than 1.4 billion.

How are Christians persecuted in China?

Tightening restrictions and increasing surveillance are putting Christians in China under intensifying pressure, as the Communist Party seeks to limits all threats to its power.

New restrictions on internet and social media – together with the 2018 regulations on religion, which includes a ban on under 18s attending church – are severely limiting Christian freedom.

Under the draconian measures introduced in March 2022, churches that want to share sermons or Bibles studies online require a permit – but this is only available to the five state-approved religious institutions, such as the Three Self Patriotic Movement. The restrictions extend to social media, meaning that mentioning anything connected with Christianity could get people into considerable trouble.

Given the surveillance used by the authorities – which is among the most oppressive and sophisticated in the world – Christians have little room for manoeuvre, both online and offline.

Meanwhile, if a convert from Islam or Tibetan Buddhism is discovered by their family or community, they are usually threatened and physically harmed – all to win them back to their original faith.

“To a certain extent, persecution points us to Christ and His love.” Xiao Ai, who was detained for two weeks after the authorities raided a house church meeting.

Xiao Ai (name changed) was doing what she often faithfully did, hosting a church gathering at her home, when government officials barged in and arrested her. During her two-week detention, she was asked to watch other detainees – which she worked for a greater purpose.

“We were asked to take turns to monitor other offenders for three hours every night,” she recalls. “I was extremely exhausted that my eyelids got so heavy. But this was an excellent opportunity to practise praying. When everyone else was sleeping, I prayed hard! Then I started getting my energy back. I should insist on doing the same thing after being released.”

It wasn’t the only way God used the imprisonment for good. “During the detention, I experienced love from my church family,” Xiao Ai continues. “They sent me daily necessities such as fruit and blankets. There was so much love! To a certain extent, persecution points us to Christ and His love. We are more united than ever!”

Xiao Ai’s story reinforces the risk Christians take to even gather for fellowship, worship and discipleship. The dangers are especially acute for leaders. But the faith shown by our sister is reflected in believers across China, who are helped to stand strong by your prayers and support.

Is it getting harder to be a Christian in China?

Yes. Due to increasing surveillance and restrictions, many house churches ceased meeting in larger groups and have split into smaller groups. Others used to meet online, but this has become more difficult as Chinese authorities pay closer attention to online activities. Several Christians have been arrested and sentenced, often charged with illegal business operations, fraud, acting against the state's security, or the vaguely worded 'stirring up trouble'.

How can I help Christians in China?

Please keep praying for your brothers and sisters in China. Your gifts and prayers make an enormous difference to those following Jesus no matter the cost.

Open Doors supports believers in China with discipleship and persecution survival training, and by providing contextualised Christian literature to believers who have converted from Islam or Buddhism.

Heavenly Father, we are amazed at how the church in China has continued to see incredible growth, despite decades of opposition. As this new wave of persecution brings fresh challenges, strengthen Your people and continue to do amazing things in and through them. Give Your children strength, wisdom and encouragement as they navigate different challenges, and provide for every physical, emotional and spiritual need. We pray that You will anoint the conversations that Christians have with the local authorities, and that these will involve moments of divine encounter for those who seek to oppose Your work. Amen.