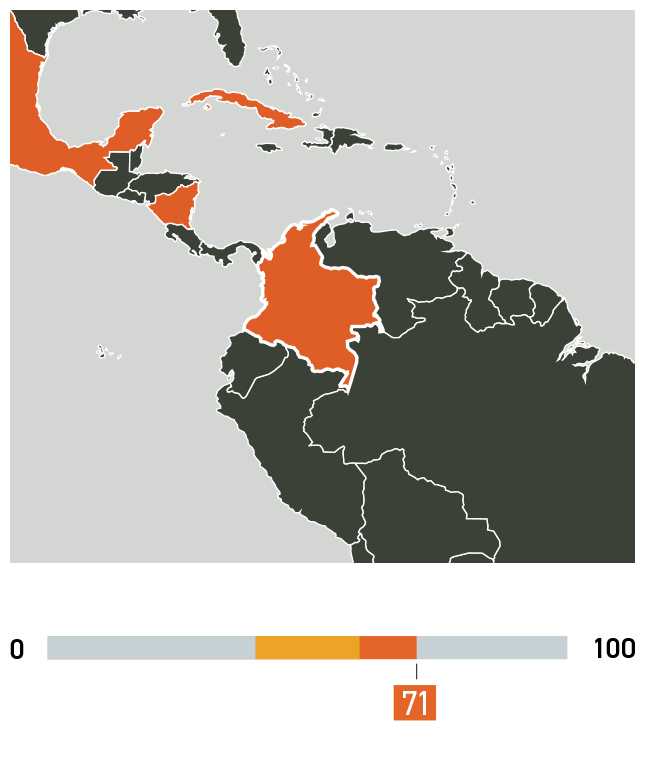 How many Christians are there in Colombia?

There are a little over 49 million Christians in Colombia, which is 95% of the country’s population of 51.5 million people.

How are Christians persecuted in Colombia?

Christians in rural Colombia are targets for criminal groups and face persecution from their own indigenous communities.

Armed guerrilla groups and gangs still control and fight over large parts of the national territory. Persecution from these groups intensified throughout the year, influenced by their political interest during the presidential elections. They see the church as a threat to their power and stability, particularly when gang members become Christians or church leaders speak out against violence and corruption. This leads to church leaders being threatened, harassed and even murdered, not to mention the mobility restrictions imposed by illegal means. Gang leaders target the children of Christian families, trying to recruit or abduct them to undermine the church and jeopardise the future of the Christian community. If recruited, young Christians are forced to take part in surveillance, extortion, trafficking, abuse and killings, or face life-long threats from the gangs. Girls are at risk of a life of sexual abuse.

In many indigenous communities, there is strong opposition to sharing the gospel. Indigenous Colombians who leave their traditional beliefs to become Christians can face violence or imprisonment, be denied their basic rights, and can be driven out of their ancestral lands and left displaced.

“I made the decision to preach the gospel to those people who at one time were under my responsibility doing evil. Now I preach to them that they should do good.” Fernando, who has made the brave decision to leave behind his criminal past and follow Jesus.

Despite growing up respecting Jesus, Fernando (name changed) didn’t follow Him. Instead, he got involved in criminal activities and spent four years in prison for a crime he didn’t commit.

After his release, he tried to steer clear of his criminal past, but it caught up with him, leading to another stint in prison – where something amazing began to unfold. “I started talking to God,” he recalls. “I started reading the scriptures and I prayed to the Lord because I can't read very well. I'm bad at reading, but God helped me.”

As he considered the dangers of following Jesus, he felt God speak to him. “The only One who protects good deeds and sets you free and makes society see what you are now is Me,” Fernando remembers.

Fernando took the courageous step of giving his life to Jesus. Despite the dangers, even from the authorities who want to see him in prison, as well as the temptations, Fernando continues in his faith – and even, where he can, shares it with others.

“It’s been almost seven years now, and I still follow God,” Fernando adds. “The Lord made me understand that He wanted me to be here, because what I created for evil, He is going to use me to create for good… Jesus is my life.”

Is it getting harder to be a Christian in Colombia?

Yes. Colombia has risen eight places on the World Watch List, largely because of the increase in violence, including murders. In Colombian society in general, intolerance of churches’ views on life, family, marriage and religious liberty has grown, putting pressure on many Christians.

How can I help Christians in Colombia?

Please keep praying for your brothers and sisters in Colombia. Your gifts and prayers make an enormous difference to those following Jesus no matter the cost.

Father God, we pray for Your peace and justice to reign in Colombia, instead of violence and crime. Thank You for the bravery of Your followers, who speak out against the violence of the criminal gangs all around them. Thank You also for those who remain faithful to You despite the rejection of their own communities. We pray for strength, courage and joy for each of them. Amen.