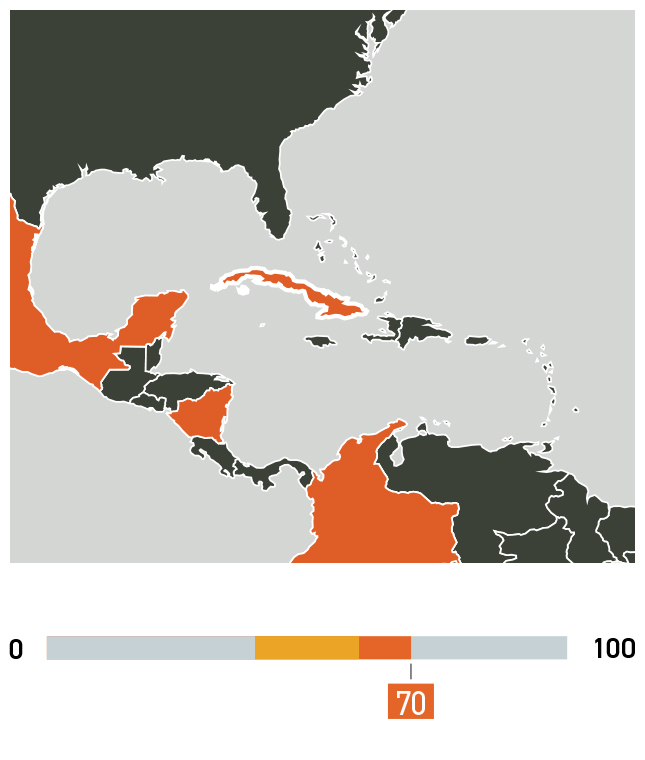 How many Christians are there in Cuba?

Although more than 61% of Cuba’s 11.3 million population are Christians (6.9 million), they are facing increasing persecution from the Communist government.

How are Christians persecuted in Cuba?

Cuba's communist regime is not tolerant of dissenting voices or any other institutions gaining influence or power. The church falls into both of these camps and, as a result, Christians experience persecution from the authorities.

Christian activists or church leaders speaking out against corruption or political issues can be arrested and imprisoned. Others face smear campaigns against them and harassment or violence from the authorities and their sympathisers. The authorities compile a database of churches and pastors considered 'counter-revolutionaries', which these Christians fear will be another way to monitor and control them.

The state does not allow Christians freedom of conscience on social issues. For instance, if the state passes new legislation on marriage, churches will be forced to comply. If they don’t, church leaders are likely to be monitored and threatened by the state security agency. Government measures include arrests, abductions, arbitrary fines, close surveillance, denials of licenses and religious visas and physical and mental abuse.

“There is not even the possibility of legally registering our church.” Pastor Luiz, a Cuban missionary whose church is denied authorisation

Communist Cuba has historically aimed to repress religion and reduce the church's influence. Today, this is done by refusing to register new churches or allow them to buy or use premises to meet legally. This forces many believers to meet illegally in unregistered house churches – if caught, they can then be fined, have their property confiscated or have their church shut down.

Pastor Luiz (name changed) has 30 years’ experience of missionary work, and in recent years has seen increasing restrictions and regulations imposed on church leaders. Having had his request to register a new church turned down, Pastor Luiz has persistently continued preaching in different places under the legal umbrella of registered churches.

“We meet in my house's garage and other homes around different neighbourhoods because, to this day, we do not have a church, not even the possibility of legally registering our church,” he says.

It's hard for Christians to get a visa to visit Cuban churches, and it's considered a 'suspicious activity' if a Cuban Christian tries to visit believers in other countries. This makes international fellowship, and getting Christian literature, very difficult. One Evangelical minister shared how he was summoned by government officials and aggressively interrogated on the origin of several gifts he’d been sent from abroad, including 20 Christian books.

Is it getting harder to be a Christian in Cuba?

Cuba has risen ten places on the World Watch List, thanks to an increase in violence and pressure in all spheres of life. The dictatorial regime intensified its repressive tactics against all Christian leaders and activists that they view as opposing Communist principles.

How can I help Christians in Cuba?

Please keep praying for your brothers and sisters in Cuba. Your prayers make an enormous difference to those following Jesus no matter the cost.

Heavenly Father, thank You for the courage of believers in Cuba who continue to speak up for You despite intense opposition from those in power. Give them wisdom to know when to speak, and confidence knowing that You are King. Please change the atmosphere in Cuba to bring freedom and justice in everyday life, and strengthen Your church there. Amen.