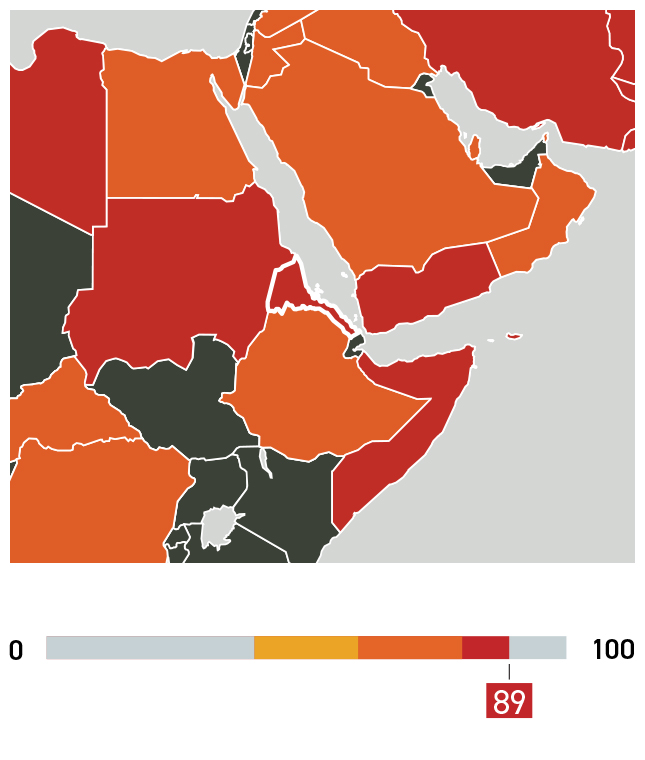 How many Christians are there in Eritrea?

There are 3.7 million people in Eritrea. Of these, 1.7 million are Christian, which is almost half the population.

How are Christians persecuted in Eritrea?

Believers in Eritrea continue to suffer extreme persecution, making it one of the hardest places in the world to follow Jesus.

For 20 years, Eritrea has only recognised three official Christian denominations – Orthodox, Catholic and Lutheran – and these are closely monitored. Leaving these denominations to become Protestants or evangelical Christians comes with great persecution. Over the years, government security forces have raided hundreds of house churches to catch non-sanctioned Christians. There are estimated to be at least a thousand Christians indefinitely detained in Eritrean prisons, not officially charged with anything. Some leaders of 'unofficial' churches have been imprisoned in terrible conditions for more than a decade. The authorities perpetuate a stigma against believers and encourage neighbours to spy on each other.

Those who have become Christians from Muslim or Orthodox backgrounds can face extreme pressure and persecution from their own families and communities.

Despite this extreme persecution, the church in Eritrea is seeing remarkable growth, particularly among young people.

“Even when we are in suffering, we rejoice. Our happiness is not based on what we have or do not have. When people see that, they accept Jesus.”Pastor Gideon, who has spent more than six years in prison for his faith.

Pastor Gideon (name changed) knows how costly it can be to follow Jesus in Eritrea – he’s spent more than six years in prison for his faith.

During his detention, the pastor experienced mental and physical torture. “There were times when the temptation to deny Christ was very real,” he recalls. “But with God’s help we persevered and said, ‘No’. Had we said yes, they would have freed us earlier.”

Amazingly, inmates and guards became Christians through the bold witness of Pastor Gideon and others. “Some of the happy moments during my time in prison were when I met people who accepted the Lord,” shares the pastor, who has since been released.

“We tell people that being a Christian does not only mean accepting Jesus,” he continues. “Rather, we tell them that there are also prison and challenges.”

Despite the acute risks that come with following Jesus, the church in Eritrea is growing. “What makes us happy is that the gospel is spreading,” says Pastor Gideon. “Now more than ever before. People, especially young people, are coming to Christ. Persecution has not stopped the church.”

How can I help Christians in Eritrea?

Please keep praying for your brothers and sisters in Eritrea. Your prayers make an enormous difference to those following Jesus no matter the cost.

Heavenly Father, we pray for all our brothers and sisters currently imprisoned for their faith in Eritrea. May they know Your presence with them in every moment. Sustain them and their families spiritually, physically and emotionally. Thank You for those who have witnessed their courage and come to know You for themselves. We pray that all Christians will be able to meet and encourage one another in safety. And we pray with Eritrean believers that You would work in the hearts of those in power and bring them to repentance. Amen.