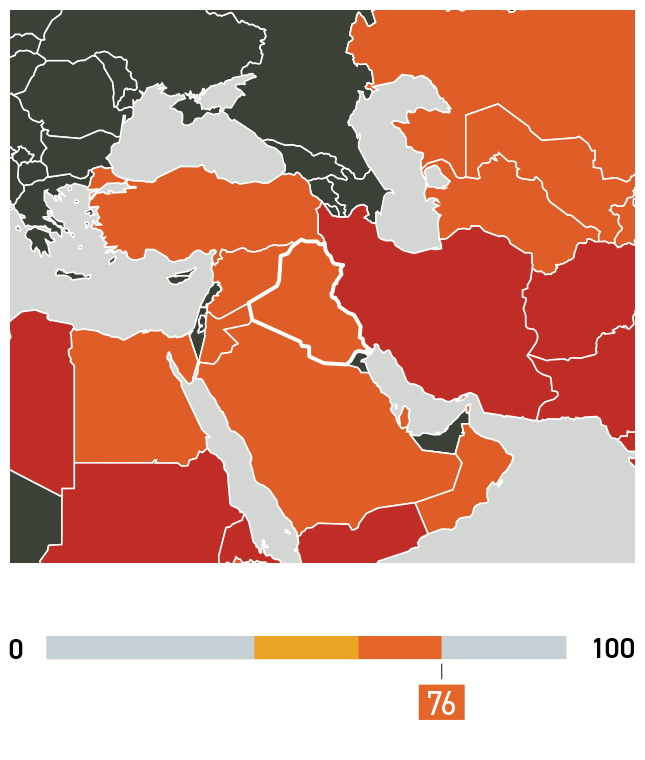 How many Christians are there in Iraq?

Iraq’s Christian population has dwindled considerably due to conflict and terrorism. An estimated 164,000 remain – just 0.4% of the country’s 42.2 million population. Some Christians are beginning to return, however – this is 14,000 more Christians than last year.

How are Christians persecuted in Iraq?

Iraqi Christians experience discrimination, harassment and violent persecution, without protection from the state. In central and southern Iraq, many Christians choose not to display their faith in public to avoid harassment or discrimination at work, university or when trying to cross checkpoints. In the Nineveh Plains region, church leaders have been kidnapped in the past; those speaking out against local militias or political leaders are particularly at risk.

Believers from Muslim backgrounds experience intense pressure from their families, clan leaders and communities, which can lead to being expelled from the family, losing the means to get married, or being forcibly divorced and losing their inheritance and access to their children. They may be arrested and prosecuted under blasphemy laws, if they are accused of trying to convert Muslims. It's not surprising that some choose to keep their new faith a secret.

“I can reflect the presence of God and help someone out of their sorrow.”Vian, who is training to be a trauma counsellor

Huge numbers of Christians were driven out of their towns and villages in 2014 when so-called Islamic State (IS) attempted to establish an Islamic caliphate in the north, and many have yet to return home.

Vian’s bag was always packed, ready to flee. Islamic militants weren’t far from her home, in Al Kosh. IS never invaded Vian’s home, but she felt extremely vulnerable – and wasn’t sure why God would allow it. Trauma care helped her understand God’s love better.

“When people used to tell me about God’s existence, I would be like: but what about the suffering, the torture, the displacement?” Vian recalls. “It is only through actively working through my trauma that I have been able to see the presence of God in all this.”

Having suffered the trauma of feeling so unsafe, Vian is keen to help others now. She serves at the trauma centre in Al Kosh and is six months into the two-year counselling course. “I can reflect the presence of God and help someone out of their sorrow,” she says. “I meet a lot of people who just need someone to listen to them, clear their minds. I was previously not able to be in the same room with certain people, but now I can. It is also one of the things we do in the centre – help people to co-exist again, with their family and with wider society.”

Is it getting easier to be a Christian in Iraq?

Although Iraq fell four places on the World Watch List, the situation of the country's Christians has not improved significantly. There are fewer reports of violent incidents – such as churches being forcibly closed or attacked – but this does not mean that church services can continue undisturbed everywhere in the country. For example, in northern Iraq, church services have not been able to take place for over a year due to Turkish bombings.

How can I help Christians in Iraq?

Please keep praying for your brothers and sisters in Iraq. Your gifts and prayers make an enormous difference to those following Jesus no matter the cost.

Heavenly Father, we pray for Your strength for our brothers and sisters in Iraq who are constantly treated as a shameful problem; may they always know their true worth and Your great love. Please protect their rights and stir the government into doing more to enable a safe return for those displaced by war. We pray You would hold back violent extremists, and we ask for permanent peace to come to Iraq at last. Amen.