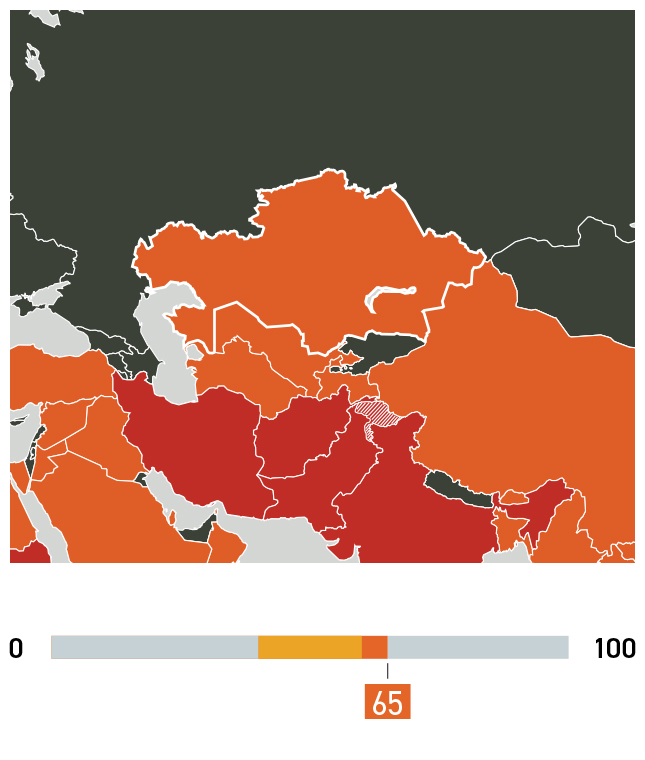 How many Christians are there in Kazakhstan?

There are 4.9 million Christians in Kazakhstan – just over a quarter of the country’s 19.2 million people. The majority of citizens are Muslim.

How are Christians persecuted in Kazakhstan?

Since 2011, religious freedom has been restricted in Kazakhstan, a country where government surveillance and control continues to increase.

Russian Orthodox Christians are generally left alone by the state as long as they do not try to influence Muslim-background Kazakhs. However, believers from Muslim backgrounds are persecuted by both the state and their own communities. When somebody becomes a Christian, they are at a high risk of being locked up by their families, kept from any other Christians, verbally and physically abused and potentially cut off from their family and community – including financial support. The authorities monitor and raid meetings of Christian converts and may arrest and imprison their church leaders. The authorities raid Christian gatherings and can fine, detain and imprison believers – particularly Christian leaders.

It is difficult for Christians to earn a living – in rural areas in particular, authorities will demand bribes from Christians trying to run businesses. Some business owners keep their faith a secret. Converts and church leaders are at particular risk of losing employment due to their faith.

“he worst possible scenario is that the church will be closed, and several people may be jailed.” John, whose church faced attack and false accusations

Daily life in Kazakhstan is based on an Islamic culture where women are expected to totally submit to their parents or husbands. Defying the family by becoming a Christian puts a woman at risk of physical and verbal abuse, harassment, threats and being put under house arrest. One female convert reported that she had been regularly beaten by her husband a few years previously, and that he kicked her in her stomach while she was pregnant; her husband later left her.

The risk of being forcibly married to a Muslim remains an ongoing risk for women who become Christians – in rural areas, women are sometimes kidnapped for this purpose.

Pressure on Christian men comes from the state, as well as their family and communities. Christian men have to take part in military service, and they are likely to experience persecution in the army, a highly controlled environment.

Please keep praying for your brothers and sisters in Kazakhstan. Your gifts and prayers make an enormous difference to those following Jesus no matter the cost.

Heavenly Father, we pray You will encourage church leaders in Kazakhstan and those who are boldly following You against their family's will. Please surround them with all the support they need to follow and serve You. We pray Your protection over Christian gatherings and that, through Your people's courage and witness, the Kazakh church will grow. Amen.