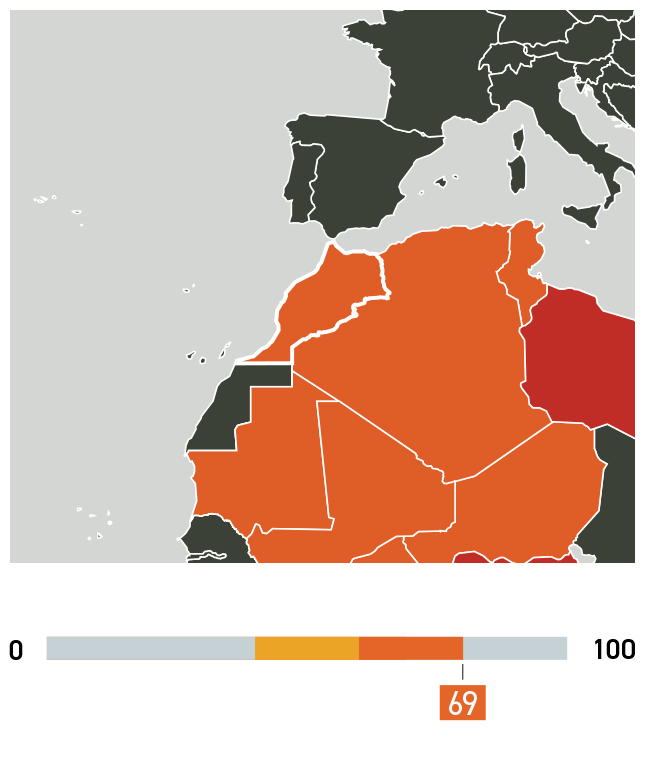 How many Christians are there in Morocco?

How are Christians persecuted in Morocco?

In North Africa, it's a criminal offence to 'shake the faith of a Muslim'. If Christians talk to others about their faith, they risk arrest and prosecution. With this legal background, Moroccan converts from Islam to Christianity face intensive pressures both privately and publicly to renounce their faith. Converts are punished with the loss of inheritance rights and custody of their children. In some circumstances, Christians are arrested and fined for nothing more than having a Bible in their possession, or for discussing Christian faith with a Muslim

But it's not only the laws against proselytisation that put Christians at risk. With Islamic extremists operative in the region, Christians face the threat of violent attacks on the grounds of their faith. In the public sphere, Christians become the targets for government interrogation, beatings or imprisonment. In work, they may be harassed by colleagues, or even made unemployed because of their faith. If their faith is known, many Christians are discriminated against in their job searches, and finding employment becomes almost impossible.

Violence against Christians in Morocco increased in the past year, mainly because a higher number of church buildings, including house churches, were attacked. Pressure remains extremely high in many spheres of life.

Distribution of Christian resources is restricted and believers may suffer harassment, or even beatings and imprisonment, if they are found with a Bible. Even online, Christians risk cyber harassment for their faith and self-expression. The pressure from families and society can force Christians into isolation or relocation. The pressures on believers make it difficult to establish and sustain any form of Christian fellowship.

Women have fewer economic opportunities than men in North Africa, and are commonly seen as having lower personal status, so their independence is stifled. Typically, women are dependent on men for their financial security. Christian women are vulnerable to rape as a form of punishment. Rape not only traumatises the victim, it's also considered a slight on her personal honour, and by extension, her family's honour. The threat of rape is used to coerce women back to Islam.

Christian women usually do not reveal their faith due to the seriousness of the repercussions. If they are married to a Muslim, they can be divorced, beaten, expelled, or denied custody of their children. Female converts may be confined to the home, or forced into marriage as a 'corrective measure'. Christian women who use the Internet to counter isolation risk experiencing cyber harassment for their faith and self-expression.

Please keep praying for your brothers and sisters in Morocco. Your gifts and prayers make an enormous difference to those following Jesus no matter the cost.

Heavenly Father, thank You for the courageous Christians in North Africa who choose to follow You despite the risks. Encourage secret believers with support from other Christians and access to Bibles and books. Reconcile family relationships that have been strained or broken. Protect those who are threatened with physical violence. Help Open Doors partners to find Christians in North Africa and support them with pastoral care and prayer. Amen.