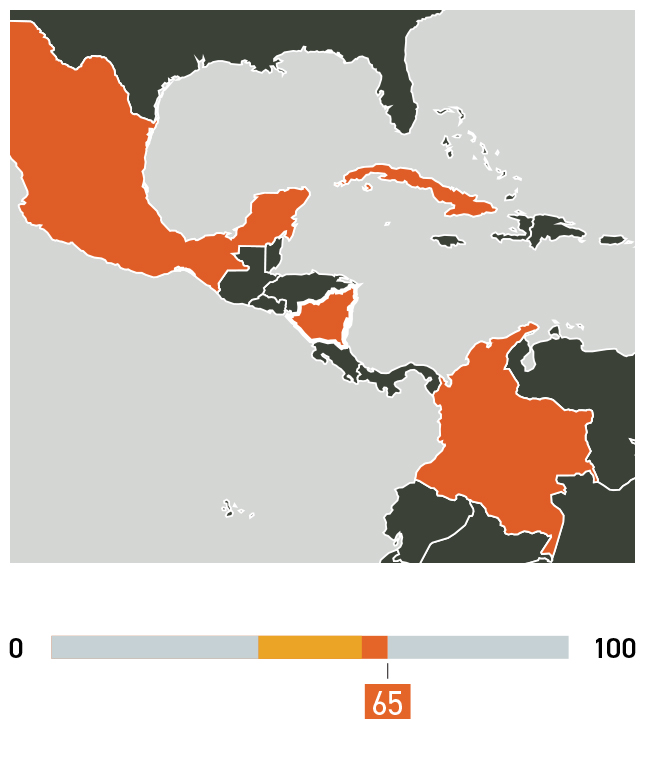 How many Christians are there in Nicaragua?

There are 6.8 million people in Nicaragua, of which 6.4 million are Christian (95%). Though most Nicaraguans are Christian, believers are still increasingly vulnerable to persecution.

How are Christians persecuted in Nicaragua?

The persecution of Christians is intensifying in Latin America, and this is reflected in Nicaragua appearing in the top 50 of the World Watch List for the first time.

Churches that speak out against injustice and human rights violations by the government are viewed as destabilising agents. This makes them a target for hostility, which can include intimidation, harassment, monitoring, arrests and attacks.

The government is particularly hostile to churches that provided shelter and care for people during the widespread protests which broke out against the country's dictatorial regime in 2018. To this day, these churches are still experiencing retribution from the government, including slander and surveillance.

Meanwhile, recent elections and changes to the law have been used as a pretext to label church leaders as terrorists and coup-plotters. This has led to increasing restrictions on churches and other Christian organisations.

“God has them released as a miracle.” David, whose parents were imprisoned for protesting against the government

In many ways, 11-year-old David’s life is like many children’s. Each day he goes to school, and he likes football and cycling. But there is something that makes his situation different to most – his parents live in a different country.

Erika and Alex, who were actively involved in their church, participated in protests against the government. It got them imprisoned. Whilst they were later released, the persecution from the government did not stop. Threats persisted, forcing the couple to flee the country. They are among the increasing numbers of Christians facing opposition for speaking out against the Nicaraguan government.

“I miss my dad dropping me off at school and going shopping at the market with him,” says David, who dreams of being a doctor so that he can help people in his community. “I pray so that my dad and mom can come back to our house.”

Is it getting harder to be a Christian in Nicaragua?

Yes. The hostility facing Christians in Nicaragua has worsened, pushing the country into the top 50 of the World Watch List for the first time.

Since protests broke out against his dictatorial rule in 2018, President Daniel Ortega and his wife, Vice President Rosario Murillo, have forcefully sought to silence dissenting voices, especially the church given its influence in the country. Christian schools and TV stations have been closed, as have faith-based charities, while believers have been arbitrarily detained and prosecuted. The aim is to silence the Christian voice and make them lose credibility among the population.

How can I help Christians in Nicaragua?

Please keep praying for your brothers and sisters in Nicaragua. Your gifts and prayers make an enormous difference to those following Jesus no matter the cost.

Open Doors strengthens the persecuted church in Nicaragua by providing Christian literature, discipleship training, emergency relief aid, and education for pastors who have not completed their studies.

Lord Jesus, we praise You for the courage of Your children in Nicaragua, who have raised their voices against injustice and human rights violations. May they know that their work is not in vain (1 Corinthians 15:58). We pray that Your people will not be discouraged or deterred following crackdowns by the government, but will be empowered afresh by Your Holy Spirit to press on with all that You are calling them to. Heal those who are hurt, strengthen the weary and protect all Christians from harm. And we pray that Your Holy Spirit will move in the hearts of those in government – may compassion rise up within them and open their eyes to see the good that Christians bring to the country. Amen.