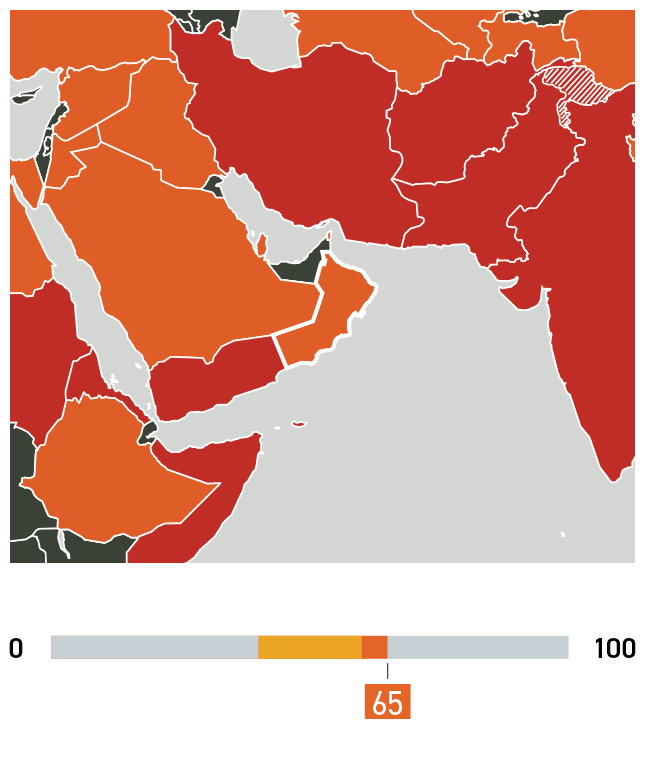 How many Christians are there in Oman?

There are around 193,000 Christians in Oman, which is just under four per cent of the country’s Muslim-majority population. Most of these believers are migrant workers from other countries.

How are Christians persecuted in Oman?

Like other countries in the Arabian Peninsula, the extent to which Christians in Oman are persecuted depends mostly on status and nationality.

Converts from Islam encounter the greatest opposition, both from families and wider society. A key factor here is the law. For example, a man who converts to Christianity is prohibited from retaining their paternal rights, whilst a woman convert is legally restricted from marrying a non-Muslim. Women are not expected to have their own religious opinions, which makes it much harder for them to choose to follow Jesus. Other consequences include disinheritance, forced marriage and loss of employment.

Foreigners (mostly migrant workers) who convert to Christianity from Islam typically experience the same pressure they would in their home countries – which could mean relative freedom for some, but intense persecution for others. Immigrant Christian communities are mostly tolerated, but they do experience restrictions and surveillance; sharing their Christian faith is illegal. Christians active in evangelism have been put under pressure to leave the country.

Very difficult. Omani society is very tribal, meaning converts to Christianity from Islam are viewed as traitors to their families and tribes. This reality is starker in rural areas, while in urban areas some converts can live more anonymously.

Further pressure comes from the government. This is because Islam is the state religion in Oman and forms the basis of legislation.

Is it getting easier to be a Christian in Oman?

Although Oman has fallen 11 places on the World Watch List, from 36 last year, this is mostly because persecution in other countries has increased. The situation has only slightly improved for Christians in Oman.

How can I help Christians in Oman?

Please keep praying for your brothers and sisters in Oman. Your gifts and prayers make an enormous difference to those following Jesus no matter the cost.

Open Doors supports the body of Christ on the Arabian Peninsula by organising prayer, distributing Scripture resources, and training believers and pastors.

Heavenly Father, cast Your protection over Your people who have been excluded from their family homes because they follow You. Give them a safe place to live and a community of supportive friends. Intervene in the hearts of the lawmakers and those in power, to legislate for a fairer society where Christians no longer face discrimination. Strengthen Your community of believers in the Arabian Peninsula. Help them find one another and encourage each other through prayer and fellowship. Amen.