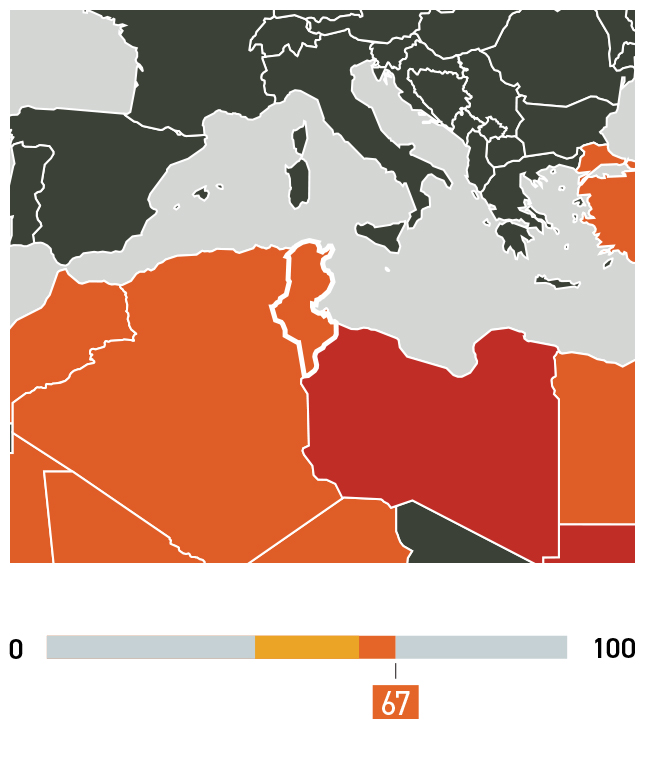 How many Christians are there in Tunisia?

Only a tiny minority of Tunisia’s population of 12 million are Christian: just 22,500 people. Most of the rest of the country are Muslim.

How are Christians persecuted in Tunisia?

For many Christians in Tunisia, the pressure they face is widespread and constant. While expatriate Christians are largely left alone, Tunisian believers experience high pressure in every area of life. This is particularly true for believers who’ve converted from Islam, because the country forbids religious conversion.

Christians face hostility and abuse from their families and their surrounding community – including beatings and death threats. It can be dangerous to share their faith, so many of them are forced to worship Jesus secretly. They must be careful when gathering for worship, simply because exposure would endanger them – they may be monitored by Tunisian security services.

Christian women and girls in Tunisia are particularly vulnerable to sexual harassment and domestic violence, and are more at risk in the traditional family context. They may be physically beaten, expelled from their home, put under house arrest, threatened with death or sexually assaulted. If a Christian convert is already married, her husband will probably divorce her and she will have her children taken away and her financial support withdrawn.

Men who convert from Islam to Christianity are believed to bring shame upon their families, and therefore face rejection, intimidation, beatings and death threats. Pressured by their families, Muslim wives will leave a male Christian convert, and he may be denied inheritance or even access to his possessions. However, the severity of backlash following conversion depends on his social position and his political standing within his community. Male converts also face being fired or refused promotion, and are denied access to social community/networks. They can also be detained by police for faith-related reasons.

Please keep praying for your brothers and sisters in Tunisia. Your gifts and prayers make an enormous difference to those following Jesus no matter the cost.

Father God, we pray for our brothers and sisters in Tunisia who risk their safety and security to know You. Work in the hearts of Tunisians to respond to Your people with love, rather than hostility. Heal those family bonds that have been broken. Encourage Christians who are downcast and lonely. Bring them into supportive communities who pour out encouragement and care. Provide ways for secret believers to gather safely. Amen.