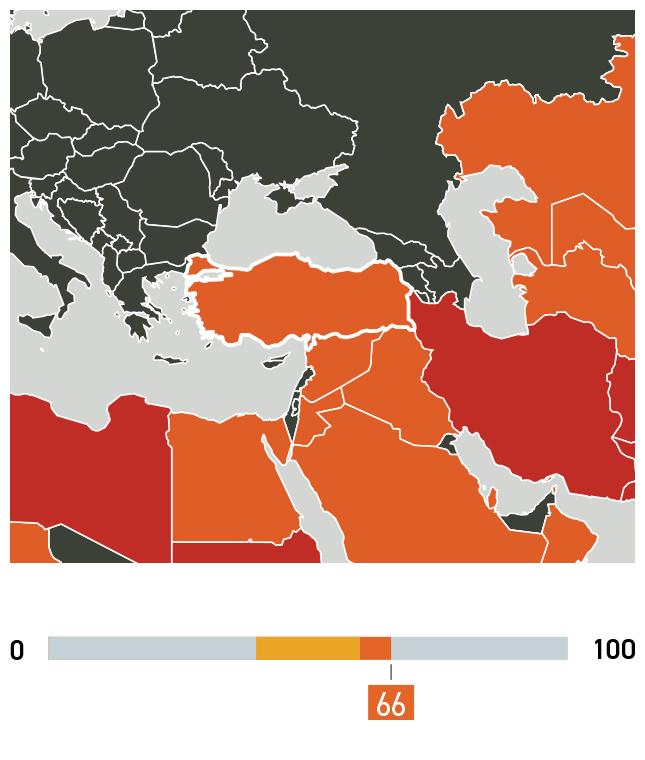 How many Christians are there in Turkey?

How are Christians persecuted in Turkey?

Christians in Turkey experience incredible pressure from very strong – and increasing – religious nationalism in Turkey. The government continues to target even foreign Christians in its borders, along with the foreign spouses of Turkish citizens.

While it isn’t technically illegal for Muslims to convert to Christianity, anyone from a Muslim background who does decide to follow Jesus comes under immense pressure from their families and communities, who often demand the convert return to Islam. Women and girls who convert are particularly considered to have brought shame on their family by converting. Christians who’ve converted from Islam are sometimes forced to lead a double life and hide their new faith completely.

Even Christians who did not convert from Islam are hardly regarded as full members of Turkish society and encounter all kinds of legal and bureaucratic obstructions. All Christians have limited access to state employment and experience discrimination in private employment, especially in jobs with ties to the government.

“The only reason I can think of for [forcing me to leave] is that we are people of faith, and at times we have shared our faith with the local people.” Hans-Jurgen Louven, who was forced to leave turkey

Without warning, the Turkish government notified Hans-Jurgen Louven that his routine application to renew his residency visa had been denied. He was then ordered to leave Turkey within 10 days. He had lived and worked in the country for more than 20 years, and had intended to stay for the rest of his life.

The notice from the Migration Bureau of the Turkish Ministry of Interior gave the tour agent no explanation for the cancellation of his long-term visa in Mugla province. Although 15 specific reasons for refusal listed on the form were left blank, only one item was checked: ‘Other Reasons’. But there was no further detail. He has to assume it was because he is a Christian: “The only reason I can think of is that we are people of faith,” he shares, “and we have shared our faith with the local people.”

Although no Christians were killed in Turkey during the past twelve months, a higher number of church buildings were damaged, desecrated, converted into mosques or otherwise attacked. During the past year, Christian asylum seekers and refugees, including converts from Islam from Iran, Afghanistan, Syria and other nations, are facing very high levels of discrimination and abuse.

How can I help Christians in Turkey?

Please keep praying for your brothers and sisters in Turkey. Your gifts and prayers make an enormous difference to those following Jesus no matter the cost.

Father God, we pray for the witness of our brothers and sisters in Turkey. Light up their faith so that all who interact with them see Christ reflected in them. Help them to live lives that spark intrigue in others, so that more people will discover the joy of following Jesus. Through small interactions with Christians, challenge people's suspicion towards Christianity. Build a more tolerant society where religious discrimination is eradicated. Amen.