Nine Christians from Muslim backgrounds in Iran have been acquitted of charges relating to running houses churches and sharing Jesus.

In encouraging news from Iran, nine men have been acquitted of ‘crimes’ that would have seen them facing five years in prison.

Abdolreza (Matthias) Haghnejad, Khalil Daeghanpour, Hossein Kadivar, Kamal Naamanian, Mohammad Vafadar, Mohammad (Sharooz) Eslamdoust, Babak Hosseinzadeh, Mehdi Khatibi and Behnam Akhlaghi were arrested in January and February 2019. Later that year, they were each convicted of endangering state security. Each of the men is a convert from Islam: Christians from a Muslim background are most at risk of persecution in Iran, particularly from the government, who see the growth of the church as an attempt to undermine the country. It is common for house churches to be raided, with leaders and members like these men given prison sentences for ‘crimes against national security’.

Sharing Jesus declared not a crime

The tide seems to be turning, though. In November 2021, the Supreme Court ordered a review of their sentences on the basis that sharing the Christian faith in a private home is not ‘gathering and collusion against internal or external security’, as the original verdict alleged. This was a surprising and welcome development, as was the declaration that establishing a house church and promoting Christianity are not considered crimes. 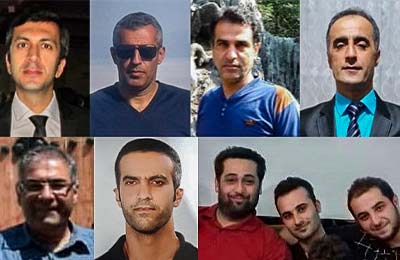 On 28 February, the judge who reviewed these men’s cases announced that there is no legal basis for their conviction. They have been acquitted of any crime, praise God! The decision states: “a sentence of criminal conviction requires judicial certainty and conclusive evidence of guilt, and members of society cannot be convicted on the basis of speculation and sentenced to imprisonment” and “the defendants, according to the teachings of Christianity, worshiped and praised in the house-church, and there was no positive evidence to validate the crime of acting against the security of the country in the case.”

Iranian Christians welcome this decision, and the hope it brings for the future – but are calling for continued prayer, particularly for three of these men. Matthias faces a six-year prison sentence for a charge dating back to 2014, for ‘acting against the security of the country by forming a group and propagating Christianity outside the church and in the house church and giving information to the enemies of Islam’. Babak and Behnam, meanwhile, have recently been charged for video calls they made for Christian converts to be freely allowed to gather for worship.

Though signs of religious freedom are tentative, there is much to praise God for – please join with our Iranian church family in asking that He would continue to bring freedom in the country, and continue changing the hearts of those in power. Iran is still number nine on the Open Doors World Watch List, and much change is still needed in the country.

Information for this article comes from Middle East Concern.

Learn more about Iran and other countries on the Open Doors World Watch List 2022 top 50 with your free Top 50 booklet - find detailed information, testimonies and prayer requests to help connect you to your persecuted church family.