In the world’s largest democracy, India’s religious minorities face an existential threat. Can you believe it?

Many global Open Doors supporters have uploaded pictures of themselves with #StandForTruthIndia to raise the alarm on this critical issue. If you haven’t taken your picture yet, upload it today!

Why? Because India’s Christians are often ridiculed as a threat to India’s national pride. Together we can celebrate the truth, that Indian Christians are a vital and wonderful part of the diversity of India. 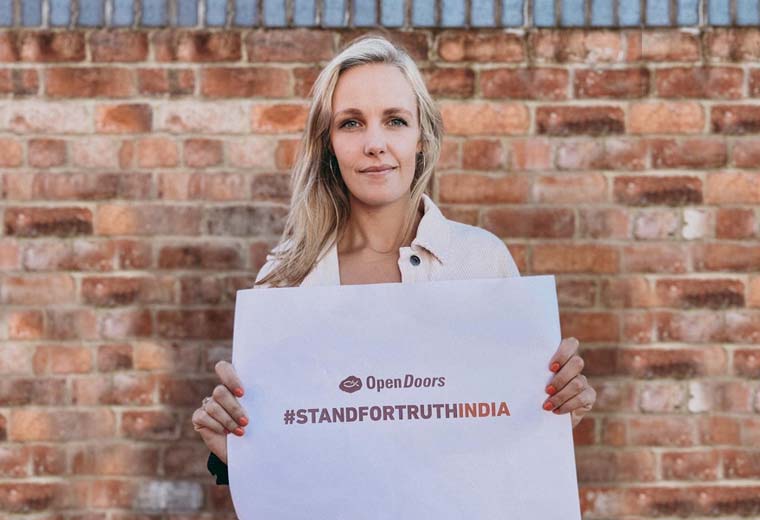 Open Doors is asking Nigel Adams, the Minister for Asia, and Simon Manley, the UK Permanent Representative to the UN, to support a UN fact-finding commission on human rights violations against religious minorities in India – making a real difference to the lives of your Indian church family.

Disinformation, speech that incites violence and discrimination against religious minorities in India is a new report commissioned by the charity Open Doors and independently conducted by researchers from the London School of Economics and Political Science.

The report is based on extensive research and field interviews with Christians and Muslims across India. It paints a deeply disturbing picture: a deliberate campaign of violent persecution, ignored or even supported by police, judiciary, media and even many politicians.

It offers key calls to action for governments, financial institutions and social media companies, including the convening of an international fact-finding commission on violence and human rights violations against religious minorities in India. 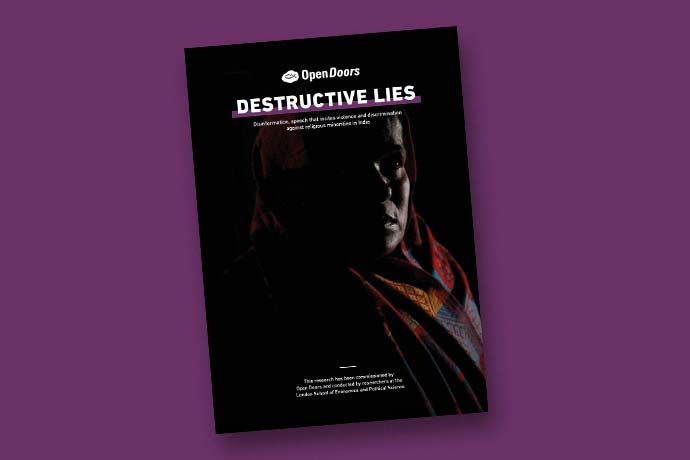 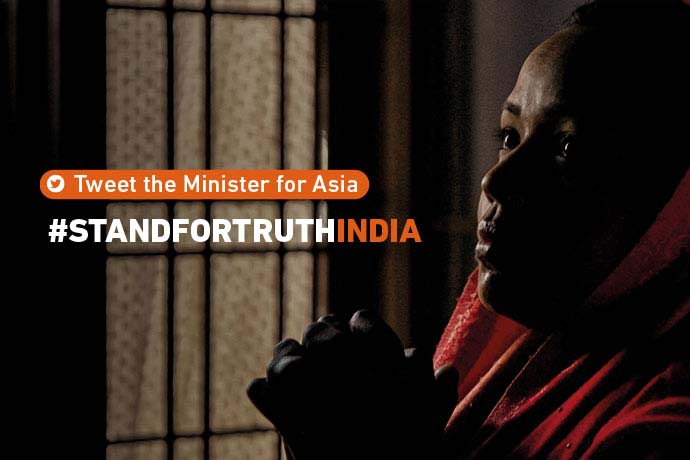