Reporting on the hidden face of persecution: targeted abuse of Christian women

A new Open Doors report explores the double vulnerability faced by Christian women around the world: persecuted for their faith and their gender. Can you make sure these women are seen?

Religious persecution is not gender neutral. Instead, persecution is tailored to target people at their most vulnerable. This has a disproportionate impact on women and girls - as explored in a new Open Doors report, The Hidden Face of Persecution: The Targeted Abuse of Christian Women Worldwide

Without an awareness of gender-specific forms of religious persecution, these methods of undermining the church are often overlooked. If house arrest or sexual violence is not known to be a common means of targeting Christian women and girls because of their faith, then it is unlikely to be recognised as persecution. This lack of awareness is directly related to inaction and ineffective solutions. When not recognised as persecution, these incidents are processed as ‘normal’ within their relevant cultural context – leaving the church vulnerable. 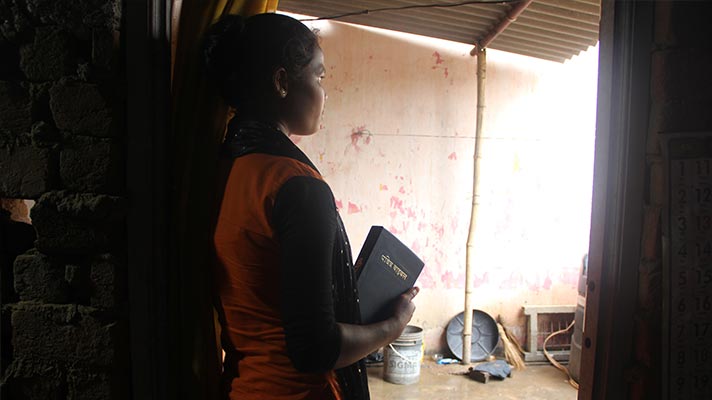 Tara*, in India, was ostracised within her own home when she became a Christian

Persecution of women is hidden

Within society: Women are not always safe in public. In some societies, women may be restricted from the public sphere or find that those who attack them get impunity. Girls may be attacked when walking to school or fetching water, working in fields or even using toilets outside the home.

Within homes: Persecution against Christian women often takes place quietly within a family, conducted by the very people a woman would turn to for love and trust. Forced marriage and sexual violence can take place under the cover of respectability.

Within the date: Persecution targeted at men is more easily recorded and monitored. When women are attacked, men may be reluctant to give corroborative evidence, because they believe it implies they have failed to protect their family. Women may hide the details of their attack so as not to shame their family.

Persecution of women is complex

Persecution targeted against women and girls is complex, partly because it abuses the existing vulnerabilities of Christian women. For example, a woman who has not received education as a child may not be aware of her rights when she faces persecution. Lack of economic agency means that if her husband dies, then a woman becomes vulnerable as a widow.

Persecution of women is violent

Violence can be used as a weapon of war against women and girls, it can be legitimised within a forced marriage and it can corrode relationships by bringing ‘shame’ on an entire community.

Forced marriage can give the appearance of respectability and status, but can in reality act as a contract for ongoing sexual violence from which the woman cannot escape. It can also be a way of punishing a Christian community, by not allowing a Christian woman to raise her family in the religion of her choosing.

Persecution in Asia often takes the form of sexual violence, and differs depending on the specific context of the country – but it frequently involves abduction and it is often opportunistic (e.g. in conflict, camps or prison). For example, in North Korea, instances of rape are reported to occur daily within concentration camps. India had the greatest number of references to sexual violence, reflecting a rise in the persecution of Christians observed in a recent report.

Case Study (India): Nima*, a tribal Christian girl, was sold into slavery when her family were displaced due to regional violence. Already vulnerable due to her faith, persecutors took the opportunity to target her and 60 other girls because of her gender. She was beaten, drugged and raped multiple times. After she was rescued, the police initially refused to register her case.

Pressure points that are particularly high for women in Africa include being denied access to social community networks, physical harm, being forced out of the home and being denied custody of children. Within African society, which places strong value on community, these public forms of persecution are very effective at destabilising communities and influencing the identity of the next generation.

In sub-Saharan Africa, this tactic of destabilising communities through gender-based violence is used intentionally by jihadist groups. These same raiding militant bands regularly attack or abduct the women in Christian villages for a life of sexual slavery. 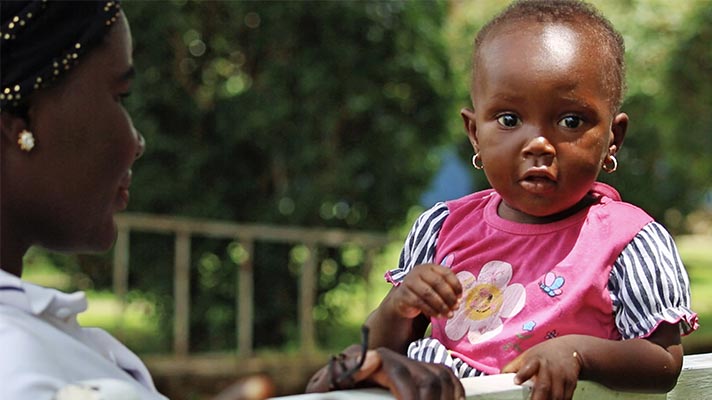 Esther and her daughter Rebecca, Nigeria

Case study (Nigeria): Esther was abducted by Boko Haram when she was 17. She was taken because she is a woman and enslaved because she is a Christian. She was forcibly married and says that so many men raped her when she held captive, she lost count. When she returned to her community, she was pregnant with her daughter Rebecca. But instead of receiving a welcome after her ordeal, Esther was shunned by her friends and family. “They called my baby ‘Boko’,” she says.

Sexual violence and incarceration by family members were mentioned by 84 per cent of countries in this region. Within a society defined by an honour/shame culture, persecution happens behind closed doors. Domestic violence and marital rape are often permitted without legal consequence. Tribal society also affects the level of persecution experienced by female converts from Islam to Christianity. A female convert to Christianity will face immense pressure from her family to convert back to Islam.

Case study (Saudi Arabia): A few weeks after Jamila found faith through a friend, she had a dream of Jesus on the cross and wanted to find out more. But she knew her community would punish her and told her friend, “If I believe that Jesus is God, they will kill me.” After this, Jamila went silent and decided to move out of town.

Dear Father, we pray that You protect, strengthen and empower Your daughters across the world. Whether they face persecution within their homes or within their community, we pray that their suffering would be recognised and addressed. Convict the hearts of those who persecute our sisters and turn them to You. May all women who courageously follow Jesus have their dignity, identity and livelihoods restored.

Unless we recognise the double vulnerability and hidden suffering of our sisters, aid and support won’t ever reach them. Can you choose to see them?

Will you email your MP, asking them to bring these needs to the attention of the UK Government today?

Lord, please protect our Nigerian brothers and sisters as they face extreme persecution. Grant dignity and peace to Christian women who have been mistreated, that they will be seen, valued and empowered to reach their God-given potential. Please convict Islamic extremists of their sin and turn them to You.

Children in Christian families often face discrimination, exclusion and even violence. Children who attend church might be ostracised by their Hindu family. Receiving messages from the worldwide church can make a huge difference – can you and your family send them encouragement?