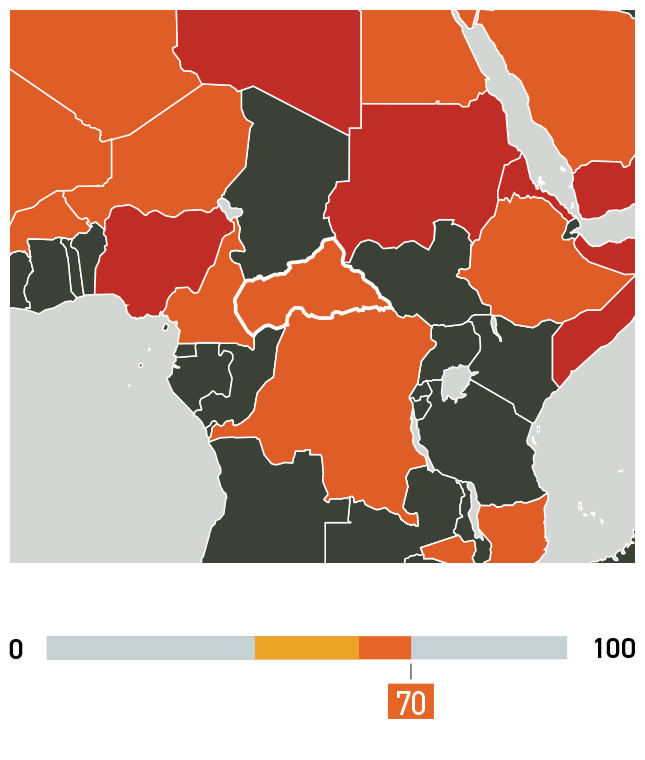 How many Christians are there in the Central African Republic?

There are 3.7 million Christians in CAR, which is 74% of the country’s population of five million. Though it’s a high percentage, these believers are still increasingly vulnerable to persecution.

How are Christians persecuted in the Central African Republic?

The ongoing conflict in Central African Republic (CAR) since 2013 has resulted in thousands of Christians losing their homes and livelihoods, and many continue to live in camps for internally displaced people.

Most of the country is occupied by armed militia groups who are responsible for a range of human rights abuses. When Christian leaders have publicly denounced the violence, they’ve been threatened, and their churches ransacked and torched. Pastors are especially at risk, with some even being attacked during church services.

Meanwhile, those who convert from Islam are at risk of persecution from their family and local community. There are reports of Christian mothers being allowed to attend Christian gatherings on condition that her children are sent to the mosque. Given the poverty many Christian families live in, parents are sometimes enticed into giving their daughters in marriage in exchange for gifts, while some Christian women agree to convert to Islam to survive.

“After the hard trials of persecution that we went through, it is thanks to you that I and my children are at peace.’” Dama, a Christian who lost her husband in a rebel group attack

What’s life like for Christians in the Central African Republic?

In a nation riddled by conflict, the safety of many Christians is at grave risk.

In June 2021, a Christian farmer in the village of Tiri, in north east CAR, chased away intruding cattle that belonged to a rebel group. In response, the group punished the entire village, killing the famer as well as Pastor Jean Ramadan and ten other Christians. Several homes and two churches were destroyed.

The pastor’s widow, Dama (name changed), and her nine children fled to Ndele, approximately 90km from Tiri. It’s where Open Doors local partners provided the family with practical support, including finance to build a small house and farm.

“We never knew each other but that did not stop you from helping me,” she says of Open Doors supporters “The love of the Lord is too great for me. It is thanks to you that I and my children are at peace. It is really thanks to all the Christian brothers and sisters that we are joyful today.”

Is it getting harder to be a Christian in the Central African Republic?

Yes, leading to the country rising seven places in the latest World Watch List. Different armed groups, together with organised crime and corruption, are increasingly making life very difficult for Christians. Many churches have been forced to close, and believers’ homes and businesses have been destroyed.

How can I help Christians in the Central African Republic?

Please keep praying for your brothers and sisters in Central African Republic. Your gifts and prayers make an enormous difference to those following Jesus no matter the cost.

Dear God, we cry out for peace in this troubled nation. Help the government to tackle the continuing insecurity and show the leaders of militant groups a more peaceable way of living. Meet the needs of all those displaced and facing persecution. Strengthen their faith and may their Spirit-filled lives draw many others to You. Protect Your children from harm, particularly church leaders as they face increasing dangers. Continue to help Open Doors local partners in their work serving Christians in the country. Give them wisdom and strength in all their activities. Amen.