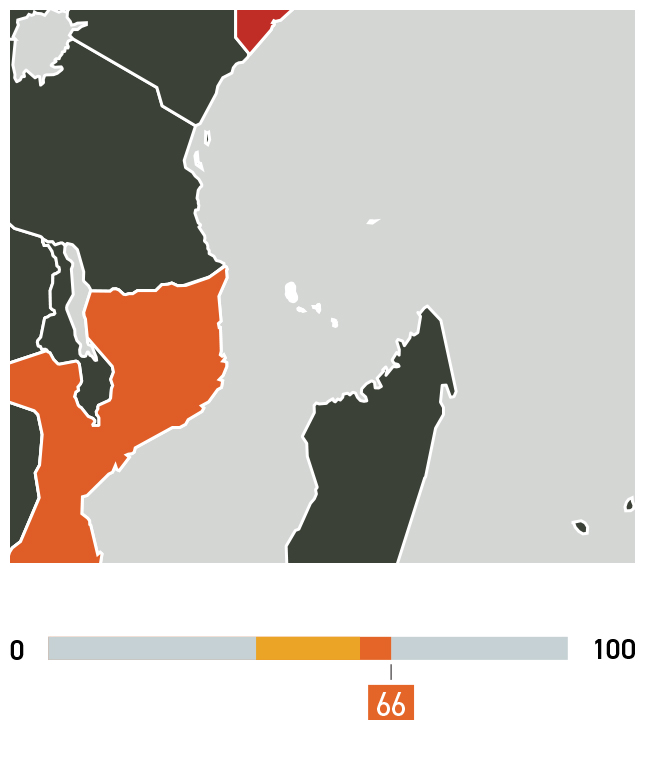 How many Christians are there in Comoros?

How are Christians persecuted in Comoros?

In Comoros, choosing to leave Islam to follow Jesus is so risky that those who do so have little option but to keep their faith secret. In fact, it can even lead to prosecution.

In many families, women will inherit the family’s wealth, which can provide a buffer against persecution. However, those who convert to Christianity prior to receiving such wealth are at great risk of disinheritance, which can lead to poverty. Single women can also face the prospect of forced marriage to a Muslim. Those who refuse to marry can be ostracised by their community.

Giving the country’s matriarchal society, husbands are expected to move in with their in-laws. This makes them economically dependent on their extended families, which can be problematic if they choose to leave Islam to become a Christian. It can lead to verbal abuse, unequal treatment, denial of food and divorce. Christian men can also experience discrimination in the workplace.

It is illegal for followers of any religion except Islam to evangelise, so any Christian who shares their faith could face legal consequences. This is likely to include a fine and up to a year in prison. In some parts of the country, extremist groups threaten believers with violence.

“I felt this was a test of my faith in Christ, but it turned out to be faith strengthening.” TITUS, a Christian who converted from Islam

It is very hard for people to hear about Jesus in Comoros because evangelism is illegal. But thanks to what Titus (name changed) calls the ‘honourable conduct’ of his Christian friends, he found out about Jesus and couldn’t resist giving his life to Him!

But it immediately came at a cost. “Barely three days after I decided to follow Jesus Christ, my house was burned down,” he says. “I was only able to rescue my laptop. All I had was the clothes on my back.”

Like many believers in the country, Titus is not only holding on to Jesus amid opposition. “I felt this was a test of my faith in Christ, but it turned out to be faith strengthening,” he says.

Is it getting harder to be a Christian in Comoros?

Yes, with the country back on the World Watch List top 50 because of an increase in pressure by the government and local communities, and a rise in reported incidents of violence. The government has said publicly that there is only freedom of religion for foreigners living in the country, not Comorians.

The country was in the top ten of Open Doors' World Watch List for a period in the 1990s and in the top 20 for several years after that. Despite the recent increase in opposition, the situation for Christians in the country is better than it was some 20 years ago.

How can I help Christians in Comoros?

Please keep praying for your brothers and sisters in Comoros. Your gifts and prayers make an enormous difference to those following Jesus no matter the cost.

Heavenly Father, thank You for each of Your children in Comoros. You know their name and their situation, and how – for many of them – following You has come at great cost. May they feel the tenderness of Your presence, and may their every need be met in abundance. Strengthen Christians in the face of opposition, encourage them in their faith and keep them safe from harm. Pour Your healing into those wounded from difficult experiences. We ask that opportunities will emerge for believers to share their faith, so that more and more people may come to know You. May the church in Comoros shine brightly for You. Amen.