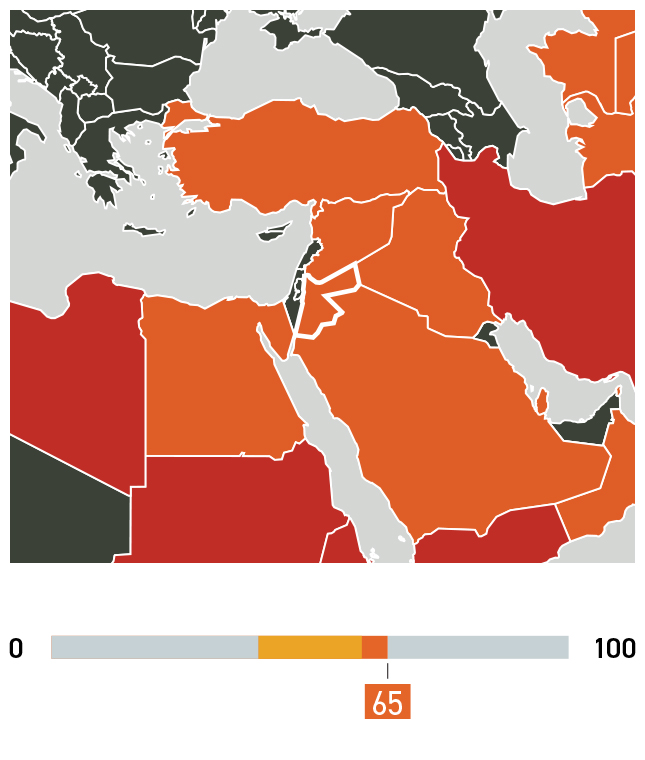 How many Christians are there in Jordan?

How are Christians persecuted in Jordan?

Compared to Christians living in other Middle Eastern countries, most Christians in Jordan live a safe and stable life. The majority belong to Orthodox or Roman Catholic churches, which are recognised by the government. Jordan is tolerant as long as everybody stays in their religion of birth. However, for non-traditional churches, those perceived to be sharing the gospel, and people becoming believers from Muslim backgrounds, there is persecution.

Christian communities are monitored in Jordan, and a Christian from a Muslim background can face beating, arrest or even being killed, if they are open about their new faith. It is impossible for someone who has converted to Christianity from a Muslim background to marry a Christian, as they are still legally considered Muslims: only two Christians from traditional denominations can legally be married. Sharia (Islamic law) also states that if a Christian wife converts to Islam, her husband must convert as well for their marriage to remain legal. Those seen to be helping or encouraging Muslim converts can face threats and have their daily lives made very difficult.

Jordan is also home to some Islamic extremist militants returning from war in Syria and Iraq, who pose a threat to the Christian community.

“I used to be a bully, a troublemaker. I am a new creation now in Jesus Christ. I look more and more like Him.” Tareq, a convert from Islam

Church leaders have been interviewed by intelligence services and pressured to inform on other Christians, especially if they are helping believers from Muslim backgrounds. In recent months, several men from Muslim backgrounds were interrogated for several days; one of them was beaten with a metal chair and sustained liver damage.

Young women converting to Christianity may face house arrest, beatings and sexual harassment. Christian women, especially if they don't adhere to Islamic dress, are always at risk of verbal and sexual harassment in public. Some are quickly married off to Muslim men in an attempt to preserve the family's 'honour' and suppress their new faith. In rural areas, there is a risk of so-called 'honour killings' taking place, although there have been no recent reports of this happening.

Is it getting easier to be a Christian in Jordan?

Jordan fell ten places on the World Watch List this year, but only saw a slight decrease in persecution – mainly due to a lower number of reported violent incidents. For example, there were no recorded occurrences of Christians being forced to leave their homes and being displaced, either inside or outside the country. Other incidents continue to be reported, such as physical abuse, which chiefly targets converts from Islam. The main reason for the fall is that persecution worsened in other countries.

How can I help Christians in Jordan?

Please keep praying for your brothers and sisters in Jordan. Your gifts and prayers make an enormous difference to those following Jesus no matter the cost.

Lord Jesus, may all those who have experienced suffering because of their faith in You know the depths of Your love, and Your power at work in them. We pray that the families of new believers would be touched by their courage and their testimonies, and have their preconceptions about Christianity overturned. Please stifle the threat of extremism in Jordan and continue to build Your church there. Amen.