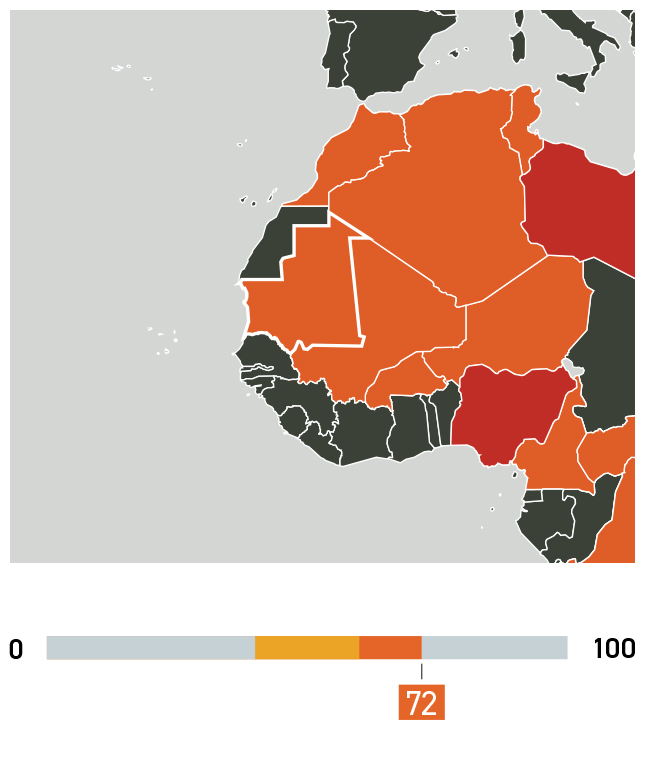 How many Christians are there in Mauritania?

Christians are a tiny minority in Mauritania. In a population of around 4.9 million, just 11,000 (0.2%) are Christians. The majority are Muslim.

How are Christians persecuted in Mauritania?

Mauritania does not allow freedom of religion; it is illegal to leave Islam and follow another faith. Those who become Christians from a Muslim background face very severe pressure from their communities. They are perceived as bringing shame on the family and are likely to be shunned. In many cases they are expelled from their homes, or physically abused. In Mauritania’s tribal culture, being ostracised by one’s family or tribe makes every aspect of life difficult – such as having a livelihood or marrying – particularly in rural areas.

If they make their faith public, Christians can be accused of apostasy in a religious court, with severe consequences, or charged by the authorities with terrorism or cyber-crime offences. Christians have been detained and prosecuted for 'undermining national security by insulting Islam and threatening Mauritania’s sacred principles'.

Violent Islamic extremist groups, including a branch of al-Qaeda, are active in the eastern border regions of the country, posing a danger to any Christians discovered there.

It is very difficult for Christians to meet or worship together, and almost impossible for believers who have converted from Islam. Even foreign nationals (such as aid workers or migrants) holding Christian meetings could be seen as evangelising to local Muslims – for which they can be prosecuted.

Marriages are arranged by parents, so young women who become Christians have no choice if their parents decide the solution is to marry them off to a Muslim man who will keep her under his control. There is no legal way for a believer from a Muslim background to marry a Christian man, even if they could defy their family to do so. Married women can be quickly divorced if they profess a different faith, and end up with no way to support themselves.

Is it getting harder to be a Christian in Mauritania?

Christians continue to face extremely high pressure in almost all spheres of life, mainly due to the very severe pressure that converts from Islam to Christianity face in the country. In the past year, this has slightly worsened, which is why Mauritania has moved up three places on the World Watch List.

Please keep praying for your brothers and sisters in Mauritania. Your gifts and prayers make an enormous difference to those following Jesus no matter the cost.

Lord Jesus, we lift to You our persecuted church family in Mauritania. We pray for a huge change of heart in government that brings religious freedom to this country. Let every Mauritanian Christian discover others around them who share their faith and be encouraged. Please help Open Doors partners find those who have been rejected by their families or believe secretly at home; help them provide love and support in safety. Amen.