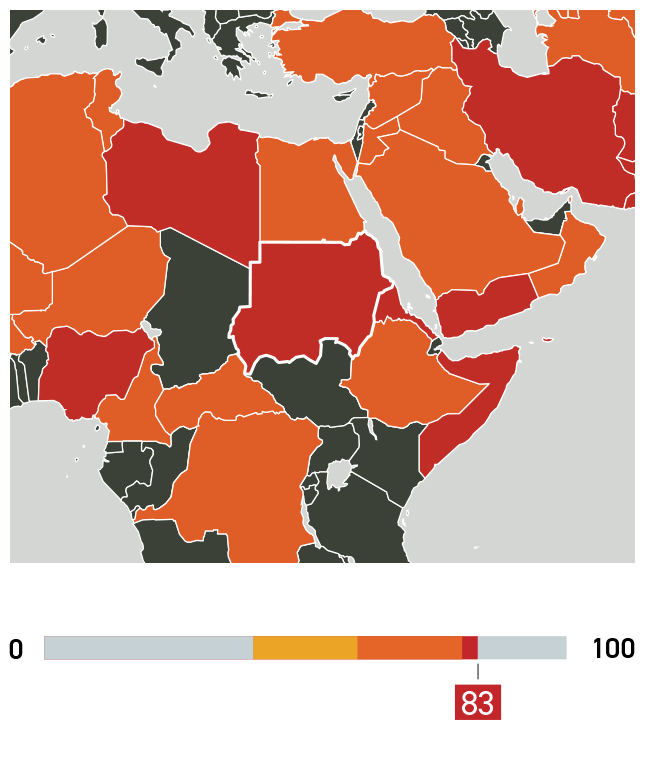 How many Christians are there in Sudan?

There are almost two million Christians in Sudan – a substantial number, but only 4.3% of the country’s population of 46 million.

How are Christians persecuted in Sudan?

Despite Sudan making positive strides towards religious freedom in recent years, persecution of Christians remains at a high level in the country, and there are fears this will worsen following the military coup in October 2021.

The seizure of power occurred following an escalation in hostilities between conservative Islamists who want a military government and those who toppled Omar al Bashir in April 2019. The overthrow of al Bashir resulted in a transitional government, with power shared between the military and civilian leaders. After mass protests led to the resignation of civilian prime minister Abdallah Hamdok in January 2022, there are fears that Sudan will return to the authoritarian years of the former president – which could also mean that the death penalty for leaving Islam, which was abolished in 2021, could be reinstated.

Even without the coup, social attitudes towards Christians have not changed, despite the positive steps made under the transitional government. This is especially the case in areas outside the capital Khartoum. Christians are still vulnerable to extreme persecution in public and private life, particularly if they have converted from Islam, and the government hasn’t put real protections in place for Christians and other religious minorities. For example, even with the change in official status, confiscated churches and lands have yet to be returned to their Christian owners, and trying to build new churches is still extremely difficult.

“There are not equal rights for Christians to build their churches, the way Muslims have the full right to build their mosques.”Abdul, a Sudanese christian

Christian women and girls in Sudan, particularly converts, are vulnerable to rape, forced marriage and domestic violence for their faith. On a broader level, Islamic extremists have reportedly kidnapped Sudanese girls for marriage and/or sexual slavery. Inside the home, converts may also be isolated to reduce the embarrassment and shame of the conversion on the family, as well as to ensure they cannot meet with other Christians. Converts will also be denied inheritance and, if they're already married, divorced from their husbands.

Church leaders are frequently targeted, including reports of drugs being falsely planted on them. Christian men and boys, particularly converts, are vulnerable to beatings, imprisonment or even murder. Converts may be kicked out of their house and shunned by their families, and face intense persecution in the workplace.

Is it getting harder to be a Christian in Sudan?

Yes – Sudan has re-entered the top ten on the World Watch List after dropping out from 2020-2022. In October 2021, the military effectively conducted a coup that ended the power-sharing agreement with the civilian members of the transitional government. In August 2022, the government established a community police which resembles the disbanded morality police. Power is now firmly held in the hands of the military. Many believe that Sudan will return to the authoritarian years of ousted leader Omar al-Bashir; this could undo the positive steps made towards religious freedom under the transitional government.

In general, persecution of Christians has intensified, both in terms of violence and in the pressures they face.

How can I help Christians in Sudan?

Please keep praying for your brothers and sisters in Sudan. Your prayers make an enormous difference to those following Jesus no matter the cost.

Father God, we lift up Sudan and pray for stability in the region. Establish a government that respects equality and religious freedom. Heal those affected by violence and persecution. Build a resilient church in Sudan that stands strong in the face of persecution. Protect and bless Open Doors partners who strive to make this happen. Intervene to reinstate progress towards a fairer, safer society in Sudan. Amen.