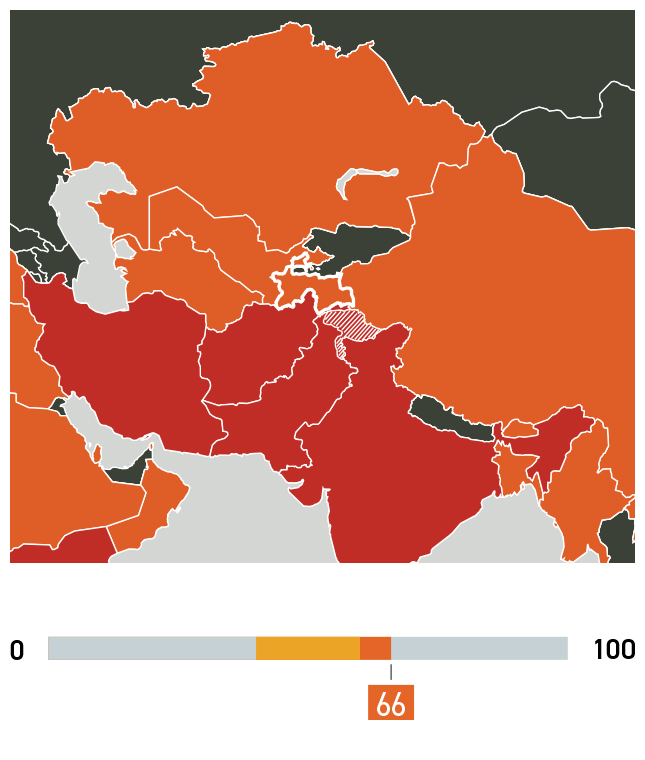 How many Christians are there in Tajikistan?

Only a very small percentage of Tajikistan’s population of 9.7 million are Christians: 65,300 people, or 0.7%. Almost everyone else in the country is Muslim.

How are Christians persecuted in Tajikistan?

Tajikistan’s totalitarian leadership treats any perceived ‘deviation’ from cultural norms with suspicion. The authorities put significant pressure on Christians by tightening religious laws and strictly enforcing the ones that already exist, such as greatly restricting the public training of church leaders and imposing fines on Christians who gather without a permit.

The Russian Orthodox Church is registered and somewhat tolerated, since they don't usually evangelise to the Tajik population. But Protestants are viewed with significant suspicion and are seen as extremists. Additionally, Tajikistan is predominantly Muslim, which means converts from Islam are at risk from their families and communities in addition to the broader persecution from the one-party state.

If a woman or girl’s conversion is discovered, she risks being locked up, beaten, rejected, harassed or forced to marry a Muslim. If a female Christian convert was already married before becoming a Christian, she is likely to be repeatedly beaten by her husband who will ultimately divorce her. Christian men, meanwhile, can lose their jobs and suffer beatings, threats, verbal and physical abuse, discrimination and ostracism from their local community.

“My church was attacked and the church building was confiscated by the court. Our church is now gathering inside a shipping container.” Pastor Bahrom, who was jailed for his faith

Pastor Bahrom was arrested and imprisoned for three years on false accusations of ‘singing extremist songs in church and so inciting religious hatred’. His church congregation decreased massively, from about 500 people to around 100, because of the pressure, harassment and extreme discrimination that church members were facing. “People are afraid to go to church because of what happened,” shared one member of the congregation.

Thankfully, after much prayer, Pastor Bahrom was released from prison on 18 December 2019. But his case shows that Tajik Christians are unlikely to receive favour or justice from the authorities.

Many of you prayed that he and his family would recover from their trauma – and God answered your prayers. They are doing well; Pastor Bahrom has recovered physically from his time in prison, and his family are thriving. Praise God! He is still under surveillance from the secret service, and considered an ‘extremist’, but is attending church and finding fellowship with his brothers and sisters in Christ.

Please keep praying for your brothers and sisters in Tajikistan. Your gifts and prayers make an enormous difference to those following Jesus no matter the cost.

Heavenly Father, we pray for change at the heart of the Tajik government, that the authorities would recognise the rights and freedoms of all their citizens. Soften the hearts of the law-makers to create laws that respect religious freedoms. Protect those churches that bravely gather, despite the threat of arrests and fines. Bless their meetings and encourage each one of our brothers and sisters in Tajikistan. Build Your church with bold, visionary leaders who deepen the faith of Christians and new believers in the region. Comfort those who have suffered because of their faith. Amen.