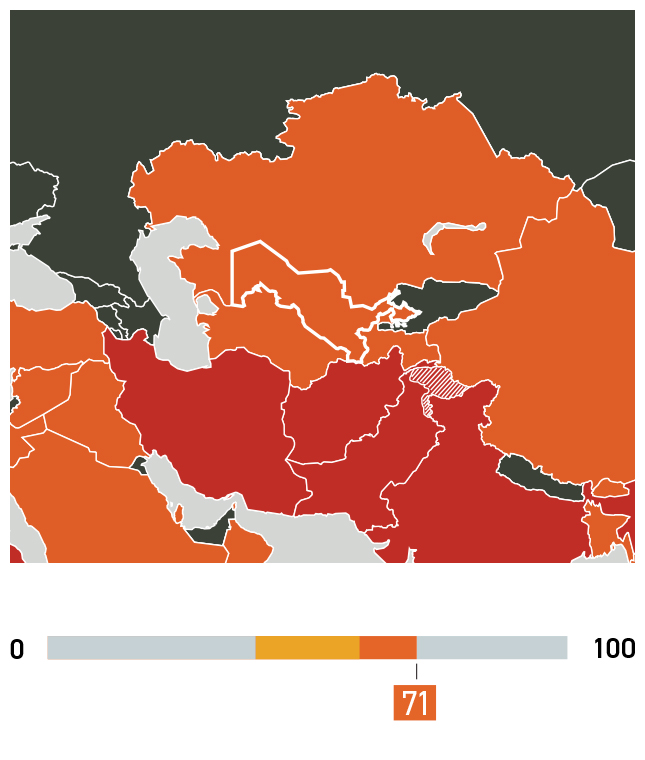 How many Christians are there in Uzbekistan?

Only about one per cent of Uzbekistan’s population are Christian: about 351,000 from the 34.4 million people. Almost the entire country is Muslim.

How are Christians persecuted in Uzbekistan?

Uzbekistan is largely Muslim, so any Christian who converts from Islam faces increased pressure from their family and community. These converts may be beaten or expelled from their communities. Women and girls are particularly vulnerable to house arrest, which remains a common and socially accepted form of pressuring female converts. These girls and women also risk being kidnapped and married off to a Muslim – or, if she is already married, divorced and denied any possessions. As a result of all these risks, many converts from Islam are forced to hide their faith.

Though all Christians experience some level of persecution in Uzbekistan, Protestants are often the victims of the greatest pressure. Christians who are a part of these non-registered churches may be viewed as ‘extremists’, and the government believes church members are spies trying to destroy the government. Therefore, Christians and their churches may be monitored, and unregistered churches may be the victims of police raids, arrests and fines. Russian Orthodox churches experience the fewest problems as they tend to keep themselves separate from the Uzbek population.

Church leaders, most of whom are men, are common targets for violations of rights in Uzbekistan. Typically, they will be fined, detained, denied exit visas to leave the country, or put under house arrest. They can be fined for such offenses as meeting illegally, possession of religious literature, having Christian songs on their smartphones and more.

“After my conversion to Christianity, my brother wanted to have nothing to do with me.” Aziz, a believer from a muslm background

Aziz (name changed) remembers the reaction from his family when they found out that he became a Christian. “My brother was extremely angry,” he recalls. “One night, while my wife, children and I were sleeping, he drove straight into our house with a small truck.”

Because of his new faith, Aziz’s whole family wanted nothing to do with him, and for 20 years they had no contact. Aziz’s situation became even more perilous when his nephew became a Christian. Aziz’s brother was furious that his own son had chosen to follow Jesus and threatened his life.

But it seemed that even then, God was working all things for good in this family. Out of the blue, Aziz’s brother started to try to reconnect with him. “Not long after, my brother became so ill that he could only lie in bed,” Aziz says. “I visited him and asked if I could pray for him. And for the very first time I was able to tell him about the gospel. My brother’s heart is becoming softer and softer. And he is in contact again with both his son and me.”

Please keep praying for your brothers and sisters in Uzbekistan. Your gifts and prayers make an enormous difference to those following Jesus no matter the cost.

Heavenly Father, encourage believers who follow You in secret. Help them to access Your word and Christian resources safely. Draw close to Christians who have been detained or imprisoned for their faith. Grant leaders the wisdom to navigate restrictions and monitoring on their churches. Replace fear and anxiety in congregations with fearless joy and hope. Build Your church in Uzbekistan. Amen.